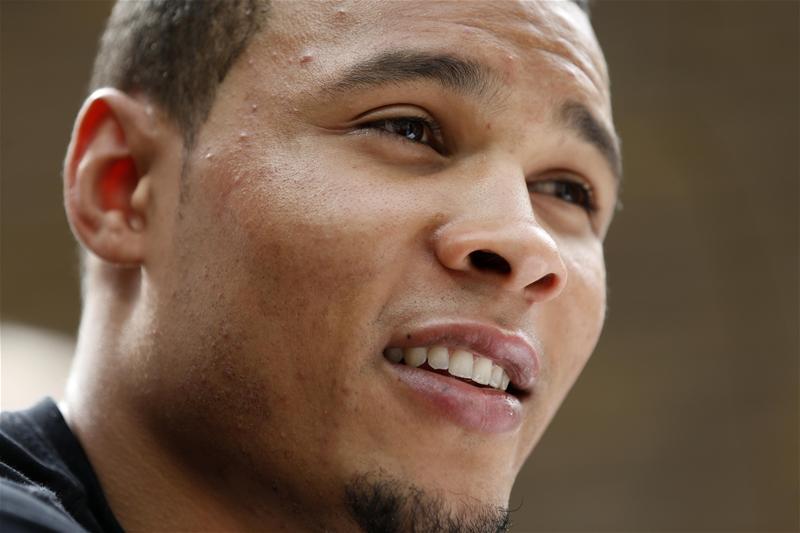 CHRIS EUBANK JNR will not defend his Interim WBA middleweight title on May 9 against Les Sherrington and told Boxing News he is “in talks with Frank Warren about a fight in June.” Eubank, who was told last week about the cancellation, will instead travel to Las Vegas to watch Floyd Mayweather and Manny Pacquiao collide in their May 2 superfight.

“It’s disappointing but this gives me the chance to go over to the States and watch the Mayweather fight which I wasn’t going to be able to do,” Eubank said. “The glass is half full. I don’t get to fight but I get to see this fight.”

He’s expecting the American superstar to extend his professional record to 48-0 against Pacquiao.

“It’s got to be Mayweather,” he said when asked for a prediction.

“Some people are saying Pacquiao can apply the pressure and knock him out, but one thing I know about Mayweather, from watching him train – I’ve been in training camps with him – is that he prepares very specifically for each fighter.

“He’ll know exactly what Pacquiao will bring to the table and he will be ready for it. You can’t hit the guy. You can’t hurt what you can’t hit.

“I have to say it will be Mayweather on a points decision.”

Eubank is craving a rematch with Billy Joe Saunders – who tightly outscored him in a November thriller – after rebounding to halt Dmitry Chudinov in February. It has been rumoured that a sequel could take place this summer.

The long term goal, though, is to truly prove himself on the world stage just like the fighters he is coming to watch this week.

“That’s the dream,” Eubank said about taking a starring role at a big fight in Las Vegas. “To be on the world stage. That’s where I want to be and that’s what I’ve been working towards. I’m getting closer and closer with each fight.”

THE FULL INTERVIEW – including deeper thoughts on Saunders and old rival James DeGale – WILL BE PUBLISHED IN BOXING NEWS IN JUNE.