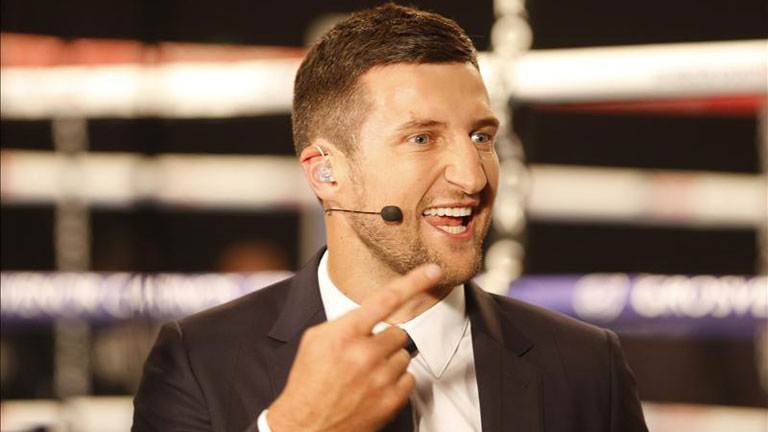 CARL FROCH says there is no way unified middleweight champion Gennady Golovkin could beat him in a fight – though insists he is still happily retired.

The former super-middleweight king officially hung up his gloves last year having conclusively put his rivalry with George Groves to bed in Wembley Stadium in 2014, stopping the Londoner in eight rounds.

Golovkin’s promoter, Tom Loeffler, recently met with Eddie Hearn – who represented Froch in the later stages of his career – and teased/joked that they were discussing a potental mega-fight between the two.

“The Golovkin thing came up and I said ‘fight me at 172lbs and I’ll think about it’ and he wanted me to go down to 166, he wouldn’t even come up to super-middle and I was already retired by that point,” Froch said to Boxing News about previously failed negotiations for the fight.

“Gennady Golovkin is a small middleweight, I’m a big super-middleweight. The fight was maybe talked about a year after I retired and it was never going to happen. Golovkin cannot win a fight against me, he’s not big enough. You can’t talk about Golovkin in the same breath as me.

“If he thinks he can beat me, he’s not from planet Earth. He’s a very good fighter, but who has he beaten?”

However he also pointed out: “I’m loving retirement.”

The full interview with Froch, in which he discusses Kovalev-Ward, Golovkin and what fights tempt him into making a comeback, will be featured in this week’s Boxing News. To subscribe, click here.