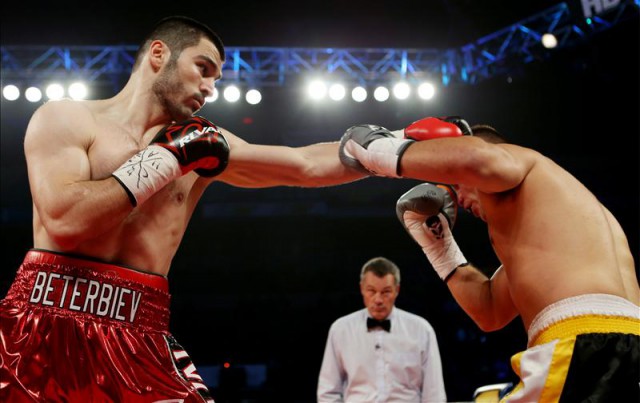 Just because Artur Beterbiev is one of the hardest punchers in world boxing doesn't mean Callum Johnson won't fight him, writes John Dennen

NEW British champion Callum Johnson is prepared to take on one of the most dangerous fighters in world boxing. His team are working on securing a clash with IBF light-heavyweight champion, Artur Beterbiev, a fearsome Russian puncher, for later this year.

“They’re in negotiations, the IBF have called for that fight for Callum Johnson as mandatory. Like anything, it’s all down to the money,” Joe Gallagher, Johnson’s trainer, told Boxing News.

“We’re going to fight one of the hardest punchers in world boxing. Everyone goes on about GGG but this is the GGG of the light-heavyweights. Obviously you’ve got [Dmity] Bivol in there as well, [Adonis] Stevenson, and now you’ve also got Beterbiev. Callum Johnson, there’s no fear in him. He’s coming off a fantastic win over Frank Buglioni and I’ve always known he’s a powerful puncher. He was a good amateur, he fought Russians on the amateur circuit.”

Johnson and his trainer however have no particular qualms about taking this fight. “I showed Beterbiev to him the other week and he said yeah, brilliant, I’ll have that,” Gallagher said. “Crack on, let’s go for it.

“At Callum Johnson’s age, he’s a fresh 32, but he needs to crack on. That shows he’s fearless. He wants to go in. Callum Johnson said to me he’s just the same as me, two arms, two legs. Both of us can whack, whoever lands is winning.”

“As long as the money’s right, he’ll fight,” he concluded. “The kids are putting their health on the line, it’s a huge fight for Callum Johnson, it’s one of the up and coming premier names in world boxing.”

It’s a fight that could take place in September or October of this year.