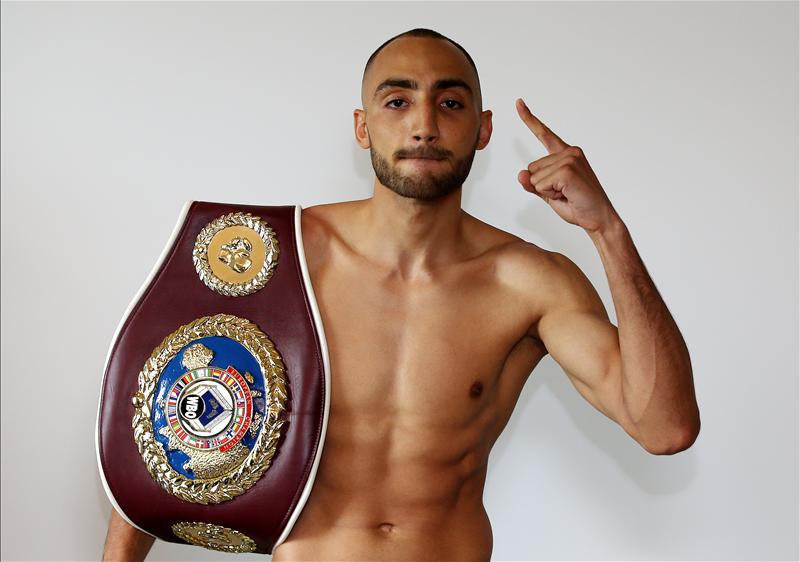 THE welterweight division has always been one of the most prestigious classes in world boxing, and the UK has a rich tradition too, from the likes of Ted “Kid” Lewis, via John H. Stracey and Lloyd Honeyghan, to Kell Brook in recent times.

The rise of Brook and Frankie Gavin to world level paves the way for a new generation of UK welters to punch their way to the top. One of the leaders of the pack is without a doubt former Southern Area and English champion Bradley Skeete, now holding and defending the WBO European strap. Ahead of his next fight at Wembley Arena on May 9, he tells us how “Clark” Bradley transformed “Super” Skeete and offers some insight and advice about the life of a professional fighter.

Boxing News: First of all, how did you get into boxing?

Bradley Skeete: Thanks to my dad. He used to work for Sid Khan, who runs Earlsfield ABC. He decided to take me to the gym when I was seven years old, but only because my mum would to let him before.

Tell us about your amateur background and what your biggest motivation was in turning professional. Has that motivation changed now?

I stayed with Earlsfield ABC until I turned professional and enjoyed a successful journey in the amateurs. I won national titles and was lucky enough to represent England and Team GB all around the world. I always dreamed of turning professional and becoming a world champion was my biggest motivation. It still keeps me going.

Your reach is obviously your biggest asset but, especially early in your career, some critics pointed at lack of power as your weakest. Can you describe your style in your own words and give an honest assessment of your skills and weaknesses?

I’m 6ft 1in, which is very big for a welterweight, and I know how to use of my size. I studied Tommy Hearns and his style of boxing. I’ve got eight stoppages on my record over 20 fights and four of them were in my last five bouts, so those critics will have to look for something else now. I’ve got a great strength and conditioning coach in Gavin Lander, who’s doing a good job in developing my power.

From a fan point of view, do you enjoy more watching technical fights or a proper tear-up? Who is your favourite fighter of all-time and why?

As a fighter, I appreciate the technical and tactical side of a fight but as a fan I enjoy a good tear-up just like most people. I am a massive fan of Prince Naseem [Hamed]. I watched all his fights growing up and loved his flashy style and one-punch knockout power. I’d say he’s still my favourite fighter.

Frankie Gavin was considered a huge step up in opposition before you fought him. Did the size of the occasion and the pressure affect your performance from a psychological point of view, as it seemed you had the technical and physical tools to win?

No, I wasn’t bothered by the occasion. Fights like that are the reason why I’m in boxing. I relish big shows and I was buzzing for that one. If anything, it gave me a massive boost. I didn’t feel any pressure, it was all on Frankie. No one gave me a chance of winning but I shocked a lot of people with my performance and there are a fair number of fans and experts who think the decision could have gone either way.

How did it feel to have a loss in your record column for the first time, having never been defeated before, and how did you deal with it? Do you share the obsession with undefeated records that often seems to prevent what should be natural match-ups from being made in the modern era?

I was gutted to lose my winning record but that’s just one of them things. It’s boxing, it happens. I just went back to the gym and kept working hard and stayed positive. I think the best should always fight the best and I didn’t think twice when they offered me the fight. A loss on your record isn’t the end of your career. It’s how you come back from defeat that matters.

What is your pick in the Brook-Gavin fight and why?

I think Kell Brook will win the fight. He’s strong and truly a world class fighter. I wouldn’t bet on it but if he stops Gavin, it won’t be a massive shock.

With Gavin and Brook now operating at world level, who do you see as your direct rival in the domestic scene of your division?

Sam Eggington is doing well at the minute. A fight with him for the British title would be fantastic.

What do you know about your next opponent Brunet Zamora? Do you see this as a keep-busy fight or a dangerous one?

Every fight is dangerous. He was a good amateur and won a bronze medal in the World Championship. As a pro, he boxed at decent level. In 31 fights, he’s only lost three times and has never been stopped. This is a good fight for me at this point. In order to keep moving forward I need to beat opponents of this calibre.

Assuming you get by him, in which direction are you heading? What are your short term objectives in terms of titles?

I’d like to become British champion, win the Lonsdale belt outright and then move on to European level.

You lifted the WBO European title in your last fight and won the WBA Inter-Continental before. From a fighter point of view, what is the actual value of these “minor” major bodies belts, aside from advancing in the rankings? Do they make you more money? How do you rate them in comparison to the English and Southern Area titles you also held or the British and Commonwealth straps?

The main point of these titles is definitely the ranking they give you. I was No.11 with the WBA and now I’m No.8 with the WBO. My goal is to win a world title and anything that can get me closer to a shot makes sense to me. In comparison, it’s the same dynamic applied on different levels. Winning the Southern Area and English titles moves you towards British and Commonwealth level. Winning International or Intercontinental titles can move you into world contention.

Do you still feel pressure in selling tickets for a fight? How did you develop your fan base and what advice would you give to a prospect trying to build one?

Selling tickets is a huge part of professional boxing. I never really felt pressure but being a good ticket seller helps a lot. Social networking is a great tool to develop a fan base, being humble and showing appreciation for the support a good attitude to keep it and enlarge it.

How much of your time as a professional is dedicated strictly to the business side of your career and how much to the actual training and fighting? Do the two ever cross or get in the way of each other?

In the beginning, I had a hard time running around to meet people and sell tickets while training at the same time, but now I’m lucky to have a great team made of friends and family around me that helps out with that side of things

Do you pay your bills and support your family exclusively with your professional activity or do you have to rely on other sources of income?

I have a full time sponsor, The Keen Group, who pays me a monthly wage and I would like to take the chance to thank them for their support.