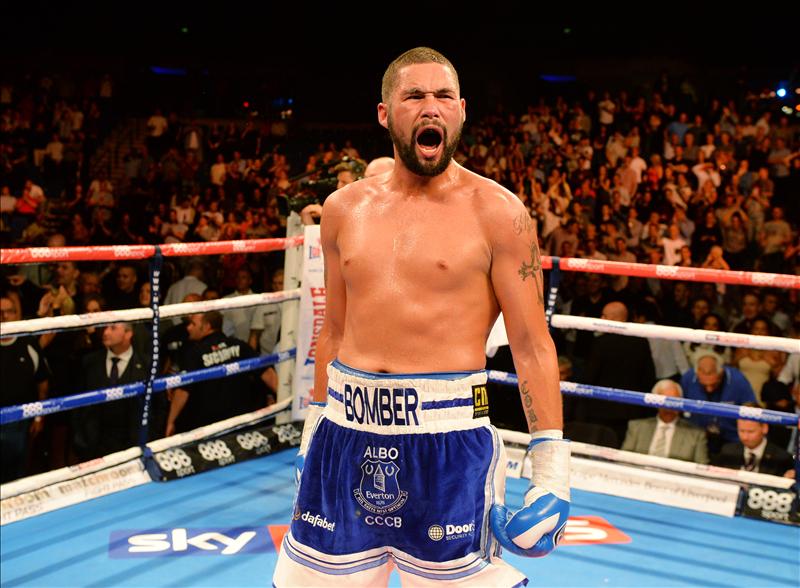 US cruiserweight B.J Flores, 32-2-1 (20) has been asking for a fight with Liverpool’s Tony Bellew for some time, before “Bomber” won the WBC cruiserweight crown this May. Now, with the two engaging in a colourful war of words on social media, Flores is absolutely aching for the opportunity to challenge Bellew in his first defence.

Flores wants to come to Liverpool in October and he sees a “great fight.”

Q: There has been quite a buzz over this possible fight, with you two going back and forth on Twitter of course. Would a fight with Bellew be your first choice next, above any other fight?

B.J. Flores: “If I had the choice of any fight, any fight – it would be against Tony Bellew, absolutely no question! The banter on Twitter, I like. I like the way he speaks his mind and how he believes in himself. I think this has all the ingredients to make a great fight. You know, he can’t talk the way he has been doing and then run in the fight the way [Beibut] Shumenov did [in winning a controversial 12-round decision over Flores in an interim WBA cruiserweight title fight last July]. But I’ve never been KO’d, it’s been a very long while since I’ve been knocked down, and he’ll [Bellew] come forward. But I’ve rarely been hurt in my career, ever, not since my younger days. As I say, this fight has all the ingredients.”

Q: Bellew has of course called out your good friend David Haye. Do you think there is a chance this fight could happen?

B.J.F: “What does David gain in the fight? If it’s not for Bellew’s title, then what does he gain? [There is of course talk the fight could be a non-title catch-weight affair, as Haye can no longer make cruiserweight] It was a great win he scored over [Ilunga] Makabu in May, but it was for a vacant title and it was his [Makabu’s] first fight out of his country. You know, some guys just don’t fight well when they have to travel. It was a great win for Tony, he did what he had to do, but he just laid on the ropes and let him hit him and Tony took advantage of that. It wasn’t the way he normally fights and maybe he was nervous. It wouldn’t be that way with me – I’ve fought all over the world. And I just don’t think Tony Bellew has the amateur pedigree of some of the guys I’ve fought, like Shumenov and Danny Green. I want this fight and I’m training now, regardless of whether I get this fight or another opportunity. I’m heading to the gym right now. I believe Bellew’s style is perfect for me and will play right into my hands.”

Q: You would have no qualms about coming to his ‘fortress’ of Liverpool in October – as long as you are given enough notice?

B.J.F: “That’s the thing, will they give me enough notice? That’s what makes a great fight, when both guys have enough proper time to get ready, to be fully able to give the fans the kind of fight they want to see. But as I say, I’m getting ready in the gym right now, regardless. The so-called loss to Shumenov still burns. I know guys cry about being robbed all the time, but in that fight, I really was [robbed] – I out-landed the guy by such a clear margin. If I had won that fight, or if I had been given the decision I clearly deserved, I would now be entering a fight with Bellew as the interim WBA cruiserweight champion and it would be a big unification fight. If Bellew had fought Shumenov and not knocked him out, he would also have been on the wrong end of a bad decision. I love this fight as it is a second opportunity for me, and to beat Bellew in front of his hometown fans, it would be the ultimate example of how perseverance can pay off. People would look at me and say, ‘if he can do it, why can’t I?’

Q: Tell the fans how you beat Bellew?

B.J.F: “The big speed difference, and he will be shocked by my power. No-one I fight ever wants to come forward against me. Bellew was pretty fast as a light-heavyweight and he hits harder at 200-pounds, no question. But he’ll be shocked by my speed and my power. He will come forward and it will be a great fight. But I think he will play into my hands. His style suits me perfectly. My last fight, I boxed a pretty decent heavyweight; I weighed 219-pounds. I’m not saying that was a great victory, but I beat the guy [Roberto Santos, 12-3] to a bloody pulp. My gut feeling on if Bellew will take this fight with me? I really don’t know – who else is calling out his name who can make a money-sense fight? But myself, I love the fight and I want the fight. It will be such a great moment for me to finally win a world title at the age of 37. I don’t know of many fighters to have ever done that.”