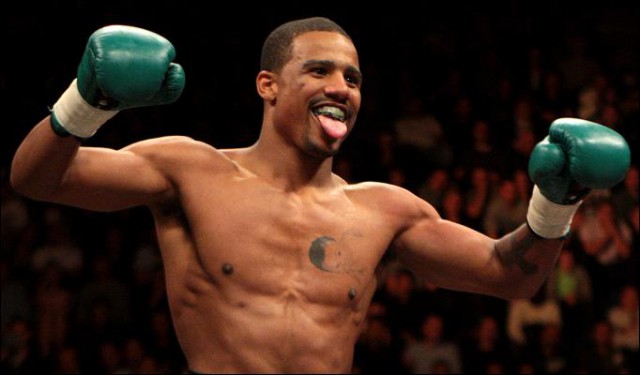 "Fans will see this as a 50-50 fight," Andre Dirrell tells Declan Warrington about proposed showdown with James DeGale

ANDRE DIRRELL has vowed to make it second-time lucky if, as is expected, he reaches an agreement to challenge James DeGale for the vacant IBF super-middleweight title at London’s 02 Arena on April 25.

The talented southpaw, 31, was perhaps unfortunate to be defeated via a split decision in his only other fight on British soil when he fought then-WBC champion Carl Froch in October 2009 in the opening round of The Super Six.

That memory remains with the Dirrell family to this day – brother Anthony, now in possession of the WBC title, cites that result as one of the reasons he has little interest in making a title defence against DeGale’s rival George Groves outside of the US – but it appears the lure of a second world title fight, combined with the potential money involved and his confidence in defeating DeGale, will be enough to ensure he again fights in a British ring.

“The fight with James DeGale is supposed to be happening,” Dirrell told Boxing News. “I’m super excited about it, man. It’s about time I fought for another world title – it’s definitely time for another one, I’m excited.

“I have a lot to offer with my speed and skill-set, and he has a lot to offer with his boxing ability, you know? To the fans, in London, I’m gonna have that chance to beat DeGale. The fans in America, my fans, I know a lot are looking at it at as a 50-50 fight, they wanna see what I’m bringing to the table, and I know I’m gonna get the job done when the time comes. This is an A+ fight.

“How many boxers get in there and fight boxers? If you get a good fight nowadays, or even a great fight, it’s a boxer versus a brawler, and everybody wants to see what the boxer has – can he hold the brawler off, will the pressure be too much?

VIEW FROM AMERICA – What now for Carl Froch?