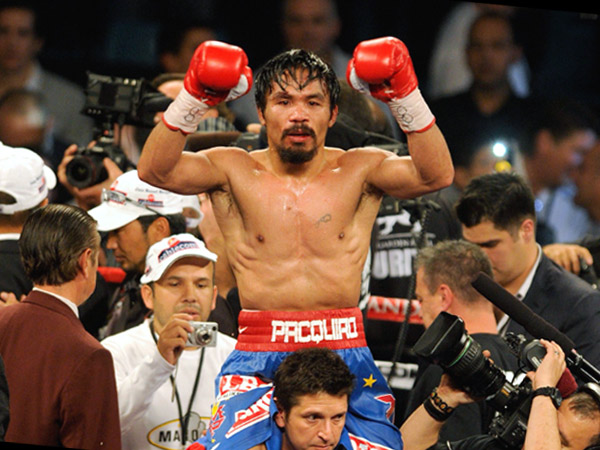 MAY 2 is nearly here and the pundits seem to be split 60-40 on who wins between Floyd Mayweather Jnr and Manny Pacquiao, with the majority favouring the American.

I was reading last week’s Boxing News with Zab Judah’s  take on the fight and reading it I can understand why he is going for Mayweather. He is in his training camp, he is a close friend, he has known him since they were 14 years old, so his loyalties are going to be for Mayweather. We seem to be hearing so much about how fit he is, how hard he has been working, and how good he looks, but these things must be expected from his training camp.

I haven’t heard a lot from Pacman’s camp but I certainly wouldn’t read too much into that – Mayweather always attracts the headlines. Also, let’s not forget that he’s unbeaten, he’s local, he’s getting the lion’s share of the purse, he’s fighting at home with a Nevada  referee (although I do know Kenny Bayless I was hoping I’d get the job), three American judges (not to say any of them are bias certainly not Glenn Feldman whom I have worked with on many occasions over the years). All these things are set in place for a moneybags win which on paper looks about right.

I on the other hand I have a leaning for the underdog . Has moneybags camp really gone that well? Will all the pressure of expectancy play on him just a wee bit? Pacquiao has had a lower key camp, got on with his job, doesn’t have an unbeaten tag round his neck and can box and fight, mixing up the styles. Mayweather, though, will fight the way he always has, and has never really had a good old tear up.

Prince Naseem Hamed was like that and when he had to dig in against Marco Antonio Barrera he came up short. I think moneybags will go the same way, maybe not inside the distance but he is going to lose and be a rich man doing it. Pacman is going to win and also be a rich man winning it, pay the tax man, and be even more of a legend than he already is.