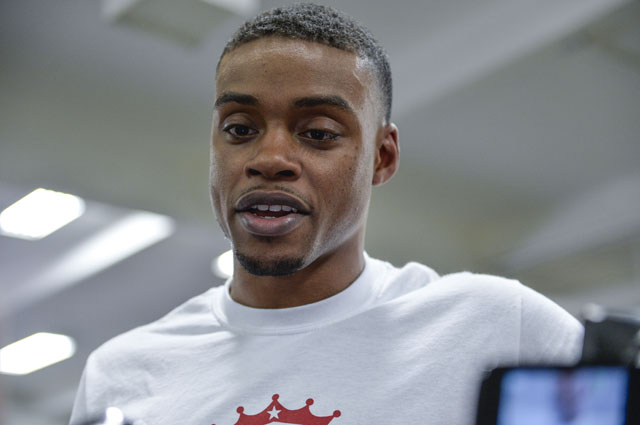 Errol Spence was watched by millions

ERROL SPENCE’S mauling of Leonard Bundu on Sunday set a rating record for Premier Boxing Champions by drawing a huge 4.6 rating in America – which equates to roughly six million viewers.

Spence became the mandatory challenger to Kell Brook’s IBF world welterweight title by stopping Bundu in the sixth round of their fight at the Ford Ampitheatre in New York, which aired on NBC in the States.

Lou DiBella, who promoted the show, revealed the figures the Los Angeles Times though NBC are yet to release the official number.

The 4.6 rating is the highest ever for a PBC show – Keith Thurman’s electric win over Shawn Porter earlier in the year only drew in a third of that.

However the success of this broadcast seems largely down to timing – Spence’s fight aired directly after Team USA’s basketball team won gold at the Rio Olympics. According to PBC and DiBella, 75% of viewers carried on watching to witness Spence blitz Bundu.

Regardless of that caveat, the enormous exposure this has given Spence will do wonders for his career. Plenty of the eyeballs who watched him on Sunday won’t have been hardcore boxing fans, and with his impressive display Spence could lure plenty of them back next time he fights – which could be for a world title.

It’s unlikely that such figures will be matched by a PBC show for some time, given the Olympic lead-in, but the high percentage of retained viewers is a great sign for Spence, whose stock continues to grow.

Not only has he proven himself a serious contender, and one of the world’s best welterweights, he is also a television attraction.