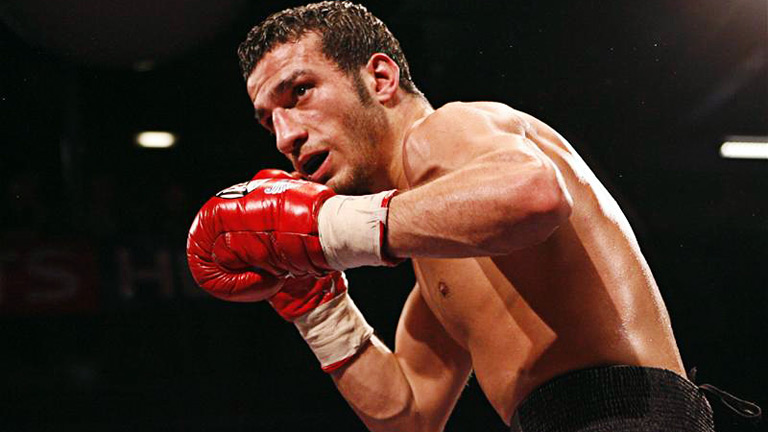 Fegatilli breaks down this Saturday’s (September 19) fight in Liverpool

DEVIS BOSCHIERO is the toughest boxer I’ve fought in my career. I faced him twice in his home region of Veneto in Italy [both points victories for Boschiero]. This is important to note, because he is someone who certainly fights better in front of his own crowd, when he’s in his comfort zone. So the fact that the Stephen Smith fight will take place in Liverpool is a disadvantage to Boschiero. Not only because of the judges and fans, but also because his confidence will probably be much lower fighting abroad. Plus, he won’t have his solid home crowd to support him during the hard times in the fight.

I’ve felt the strength of Boschiero’s punches, so I know he’s tough. He’s a deeply hard guy. You could say he’s a ‘bad boy’ sort of type. When he hits you, he’s really trying to inflict pain on you. He doesn’t box, he fights. I’ve fought guys who are technically better than him. He’s not the fastest, but he’s unpredictable, which makes him difficult to beat.

I’ve never studied Smith in much detail, but I remember his knockout of Gary Buckland. He seems like a tough but intelligent fighter. He moves well, he can fight going forwards or backwards, he holds when necessary, and of course, his uppercut is impressive. I guess you could say Smith has more of a style that I prefer as a boxer.

I personally hope Boschiero will win, but in my opinion, if Smith succeeds in making it through the full 12 rounds, he will be victorious on points.