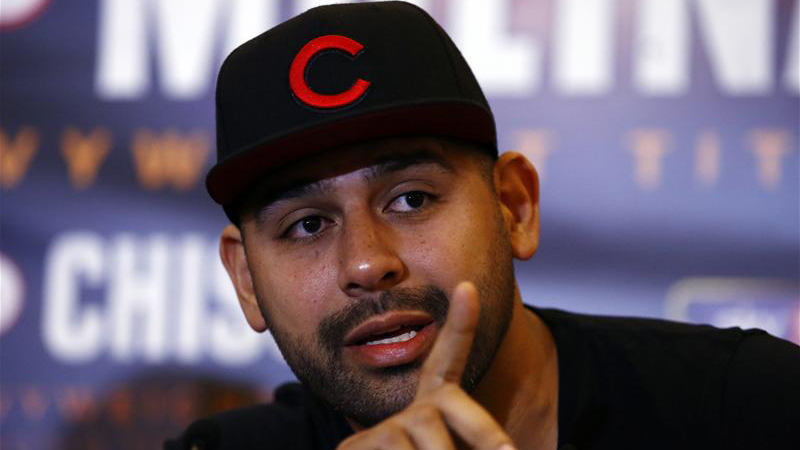 ERIC MOLINA arrived at the Manchester Arena Tuesday ahead of his challenge this weekend for Anthony Joshua’s IBF heavyweight title.

At the public workout Molina went through some shadowboxing but was wary of giving too much.

He did say that he had been training “exclusively for the knockout”, if that revealed an element of his gameplan. Reckoning he wouldn’t get a decision against Joshua in England, he’ll go for an early finish.

Below see the Boxing News view of Molina’s public workout: