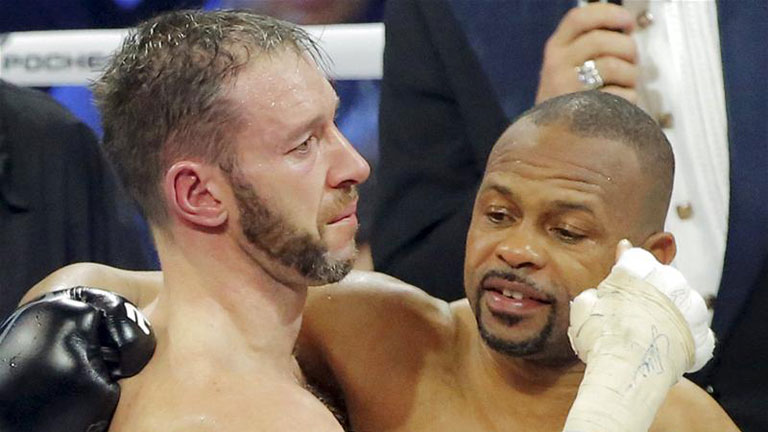 Chris O'Brien on why Maccarinelli shouldn't be overlooked

AFTER Enzo Maccarinelli’s brutal KO of Roy Jones Jr in Moscow, many post-bout column inches in boxing’s press have focused on intensified calls for the four-division world champion to call it a day.

However, one issue which deserves more traction is the class, grace and respect with which Maccarinelli approached this unusual cruiserweight clash.

The fact the Welshman entered as a significant underdog with the bookies was farcical. Almost twelve years Enzo’s senior, Jones Jnr is rapidly approaching his 47th birthday. He is a shadow of his former formidable self.

Some pointed to Jones Jnr’s eight-bout, four-year winning run ahead of the fight – but Junior’s opponents have been distinctly average challengers. 2015 victories over Willie Williams, Paul Vasquez and Eric Watkins are not worthy of a shot at the cruiserweight crown.

Maccarinelli’s career dipped after being torn apart by David Haye, but he remains a strong, hard-hitting contender with much to offer. The Swansea man was once leagues behind Jones Jnr in ability – but is now a country mile ahead of him.

As such, the way Maccarinelli responded to his convincing victory deserves immense credit. Having faced media questioning about whether he was in “awe” of Russia’s newest citizen, and betting experts doubting his credentials for the bout, the former WBO cruiserweight king could easily have sought to make far more of his 41st career victory.

However, he didn’t. In the build-up to the fight, he respectfully spoke at length of Jones Jnr’s heroic achievements, and how the pair would have been no match many years ago. Enzo almost apologetically delivered the brutal fourth round blows to end the contest and, as referee Ingo Barrabas brought an end to proceedings, he respectfully dropped to one knee in his corner.

This fight was a necessary evil for Maccarinelli. A comfortable, albeit routine, victory has placed him back in the shop window, and reminded the boxing community of what he may have to offer at a higher level. The fight, however, probably told us more about Enzo’s admirable humility, probity and professionalism than anything else.