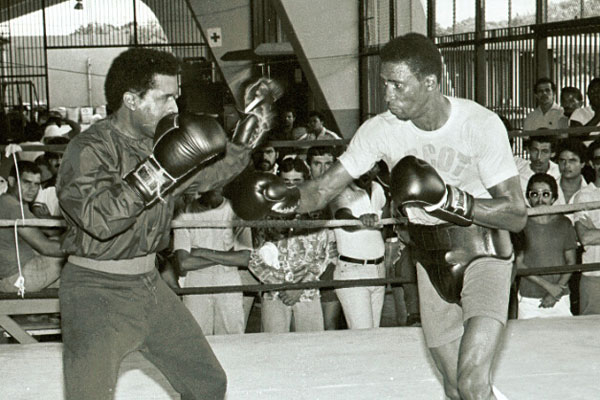 Daniel Herbert explains the merits of not matching prospects too softly

IT’S almost two years since the London Olympics and several of that tournament’s winners have not yet had pro fights in double figures, although some have made more progress than others. Chinese hero Zou Shiming is being lined up to contest a world flyweight title next after going 5-0 at the weekend, whereas Britain’s Olympic champs Anthony Joshua (7-0) and Luke Campbell (6-0) are still at the prelim stage.

Of course, injuries and other problems can hold fighters back, and the gap between amateur and pro boxing is bigger now than it’s ever been. All the same, I marvel at the speed with which Thomas Hearns was moved back in the 1970s.

This was a fighter who would win multiple world titles in a golden era shared with Sugar Ray Leonard, Roberto Duran, Marvin Hagler and Wilfred Benitez (among others). Despite winning two national titles at 139lbs in 1977 (Golden Gloves and AAUs), he turned pro at 19 in shadow of the USA’s hugely successful 1976 Montreal Olympic team featuring Leonard, Howard Davis and the Spinks brothers.

Hearns’ development was rapid. His pro debut was on November 25, 1977 and by December 16 he was having his third fight. The Detroit hope boxed five more times between Jan 29 and March 31, 1978. Four months after his pro debut he was already 8-0, with all wins inside the distance (in fact, inside three rounds).

His coach Emanuel Steward later explained that Hearns hadn’t been a puncher in the amateurs, so he deliberately gave him some easy touches in his first few pro outings to build his confidence in his own power. It obviously worked, because Tommy would become one of the sport’s most fearsome bangers, especially with that long right cross.

From the ninth bout, the level of competition was stepped up. On June 8, 1978, Hearns met his first foe with an impressive record, the 14-1 Jimmy Rothwell. Hearns knocked him out in one, followed by two more experienced campaigners in Raul Aguirre (KO 3) and Eddie Marcelle (KO 2).

On September 7, 1978 Hearns was considered ready for Bruce Finch, whose 18-2-1 ledger included two fifth-round stoppage defeats in his biggest fights (Pete Ranzany and Larry Bonds). Hearns ko’d him in three, so was it a soft touch? Hardly, as Finch would win his next 10 fights before Leonard beat him in a 1982 world title challenge.

On October 26, 1978, just eight days past his 20th birthday, Hearns faced Pedro Rojas, who’d compiled an 11-0 record in his native Venezuela. That included a points win over Everaldo Costa Azevedo, an Italy-based Brazilian who’d fought for world titles at both light-welter and welterweight.

Hearns stopped him in just 69 seconds at Detroit’s Olympia Stadium; he had been a professional for just 11 months and one day. Steward, who had great faith in Hearns’ ability, surely knew that undermatching would harm, not help, his fighter’s development. A lesson for modern trainers?