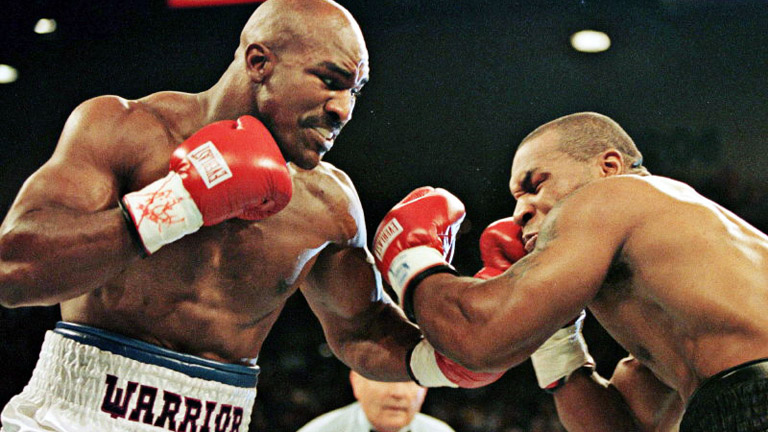 1. Holyfield v Tyson II was billed as ‘The Sound and The Fury’.

2. It had originally been scheduled for May 3 1997 but, after Tyson suffered a cut over his left eye during training, it was postponed until June 28 of that year.

3. Tyson’s former trainer Teddy Atlas had told reporters the night before the fight that if he did not secure an early knockout he was “going to try to disqualify himself, either by elbowing, or throwing a low blow, butting or biting”.

5. This was the last Tyson fight to be promoted by Don King.

7. Holyfield v Tyson II was then the highest grossing fight in history.