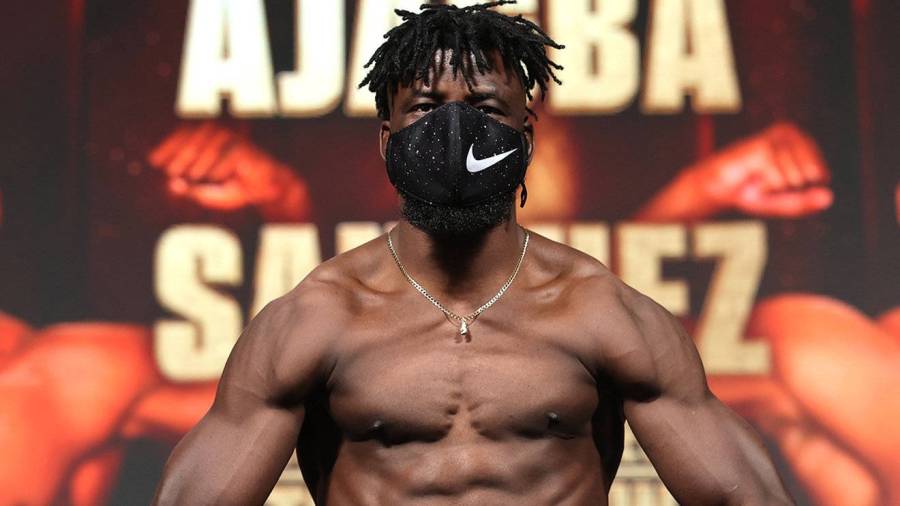 They've been sparring world heavyweight champion Tyson Fury. But Efe Ajagba and Jared Anderson intend to have their own impact on the division. They spoke to John Dennen

IT started with a punch. Back home, in Ughelli, Nigeria, the sport that occupied Efe Ajagba was football. Then he hit someone.

“I had a fight on the street,” Ajagba tells Boxing News. “I had a fight on the street, he was big, huge… The guy survived. I punched him on the left eye, he fell on the ground. Everybody kept screaming. To cut the story short I put water on his face, when I put water on his face, that’s when he got up. When I saw him get up, then I walked away. My friends they saw what happened, they told me to do boxing, so that’s when I started thinking about boxing, boxing all the time. So I [thought] I’m going to switch from soccer to boxing. That’s what I’m here to do.”

His power carried through to boxing. He represented Nigeria at the Commonwealth Games, where he won a bronze medal and he later qualified for the Olympic Games. At Rio 2016 he stopped his first opponent but Ajagba was raw. He lost to tall, technical Kazakh Ivan Dychko. “I’ve not been fighting in the World championships so it’s hard for me to fight top guys from outside the country, It’s hard for me to fight outside Nigeria and Africa as well. So that’s why I lost the fight against Kazakhstan guy, I lost to him by just one point,” he said. “He’s tall, he has a lot of experience, he’s been fighting top guys he was [a top] heavyweight amateur boxer.”

The next step was turning professional. “I’ve been in America for four years, without seeing my family. It’s hard for me because I need to work. I need to fight to make my family okay. My family back home, I have two kids to take care of so that’s why I’m working hard. So people back home, Nigeria, my fans, everybody, they keep watching the fights. I just want them to stay tuned and watch me fight. It’s going to be explosive,” he says.

Jared Anderson, like Ajagba, has been sparring Tyson Fury and will be on the undercard of his fight with Deontay Wilder at the T Mobile Arena on Saturday. “Speed, that was what I gave him,” Anderson [below] said of sparring Fury. “I brought speed to the table. Elusiveness – I’m not going to stand there and let you hit me regardless of who you are. A punch to face hurts no matter who you are. So that’s exactly what I brought to the table. I pushed him. I want him to be better. We both strived to land more punches than we get hit with so that was where it came from.”

Ajagba isn’t the only person who speaks highly of Anderson as a rising heavyweight. “[From] the good work, the good rounds, staying sharp, staying fast and pushing him [Fury] to his limit,” he said. “It just comes from everybody watching. Top Rank of course watches our sparring and they see how hard I work and the pressure that I bring and the diversity [of approach] that I bring, so a lot of heavyweights can’t keep up with it.”

“Of course I’m not going to plan only on a knockout. So everything I work on in the gym, I’m going to put everything in, all the hard work, everything, the strategy that I work on in the gym and use it against Frank Sanchez,” Ajagba said. “Everybody thinks about my power. So I have to change my boxing skills, all that stuff, to prepare to use the power all the time. So to learn footwork and depend less on the power. That’s what everybody keeps saying, they say I’m only knockout power which is not true. There are things I’m working on, which people don’t see.