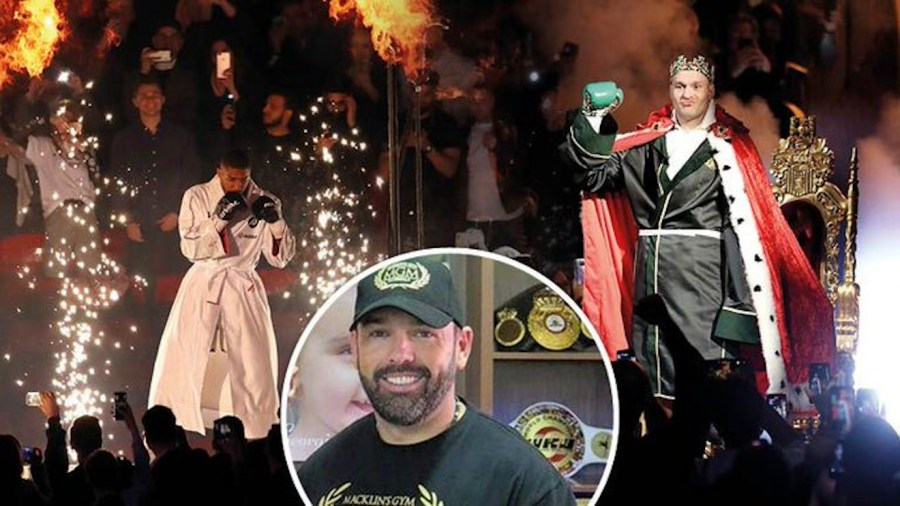 THE elephant in the room is in danger of outstaying his welcome.

It’s taken a while for the boxing media to mention his name. Even now, plenty won’t.

Journalists and courts in Ireland, where the elephant is from, have been talking about him for years. They have highlighted links to gangs, drug trafficking, murders and intimidation. The picture they paint of someone wanted for questioning in at least three European countries is grotesque.

The boxing industry, like always, has not been so judgemental. The elephant has been a hugely influential figure behind the scenes for several years as MTK Global, the boxing management group he founded – as MGM – in 2012 and then reportedly left, has grown substantially. Promoters and managers and matchmakers sing his praises and compliment his work ethic. He gets things done, we’re told, that others cannot. Retired boxers, like Herol Graham, even thank him for saving their lives.

Filthy rich gazillionaires splashing the cash to charitable causes is nothing new. And in boxing, it’s never about how that cash was made in the first place, it’s about how it’s spent.

The fighters and the trainers he advises will say things that are so far removed from the reports in the papers it’s scarcely believable that it’s the same person. We’re told stories of a reformed and spiritual person, one keen to do right for the sport of boxing. If those who work with him – and they include some of the biggest names in the sport – know anything of the accusations levelled at him, and they simply must, they have chosen to ignore them, preferring instead to focus on the truth that he has not been convicted of any crimes and the fact he has granted opportunities to them that cannot be turned down.

This all makes it difficult for the boxing journalist to approach. The conflicting information and the conflict of interests. Some journalists are furious with the silence. Crime reporters whose job it is to write about crime have grown frustrated with certain boxing journalists who are choosing only to write about boxing. Their livelihoods are not at risk if access to the sport is denied but, even so, they have a point. They’ve risked far more than their monthly wage. So how can we look in the mirror and continue to stay quiet? Particularly now the elephant has been outed as a crucial component in the deal to make the biggest fight in British and Irish boxing history. A fight so big, and an elephant so imposing, that our countries cannot contain either of them.

Tyson Fury versus Anthony Joshua is the fight. Daniel Kinahan is of course the elephant.

Kinahan – now based in the United Arab Emirates and not seen in Ireland since an alleged attempt on his life at a Dublin weigh-in in 2016 – is the man who Fury publicly thanked when he announced terms had been agreed for two fights with Joshua next year. If we get that far, and this is heavyweight boxing after all, the first bout will be staged in a cash-rich country thousands of miles away from its origins.

Kinahan is the man referenced by Frank Warren last week in a Queensberry Promotions press release as working alongside Eddie Hearn, Joshua’s promoter and representative, to get the deal over the line. Bob Arum, the most powerful promoter in boxing, last month called Kinahan “the captain”. Kinahan is also the man who persuaded a fat and depressed Fury to get off his backside and into the gym to begin a comeback that is destined for legendary status. He was instrumental in securing lucrative promotional deals in the USA, predominantly with Arum’s Top Rank, for several British and Irish boxers. Yet we didn’t hear his name then. While he was happy to stay in the background he was easier to ignore. Now he’s chosen to show himself, a decision that could yet be his downfall, we can no longer pretend he does not exist.

It is so typically ‘boxing’ that the biggest fight in the sport – arguably the most important of the century so far and unquestionably one of the richest – is allowing itself to be overshadowed like this. That would now seem to be the norm.

Too many modern day super-fights have serious undercurrents that must be addressed. Whether its fighters failing drug tests or tainted lands stumping up the money to host them, it’s increasingly rare that we’re left alone to champion our sport. Wouldn’t it be nice to just focus on the boxing for once, the sport and its fighters, as opposed to the grisly subplots we’re forced into telling. Boxing is dangerous enough without them. Irrespective of the truth about Kinahan, what we know for sure and what cannot be disputed is that he comes with the kind of baggage that would not be allowed in any other sport. So if you condemn the man, you must do the same to the sport that welcomed him.

Isn’t it a shame that the powerbrokers we know and respect are unable to come up with a deal without the help of outside forces? Don’t blame Kinahan for his involvement in boxing, blame the sport. Don’t blame the fighters – historically the poor relations in a rich family – for making as much money as they possibly can in their short and punishing careers.

Boxing News has said for a long time that boxing needs an overruling governing body that plays by the rules and ensures everyone within is adhering to them. What it has instead is a revolving door with no restriction on entry. Until those doors are guarded, until the sport proves it can operate on its own and without outside influence, these kinds of stories and characters will continue to steal the headlines.