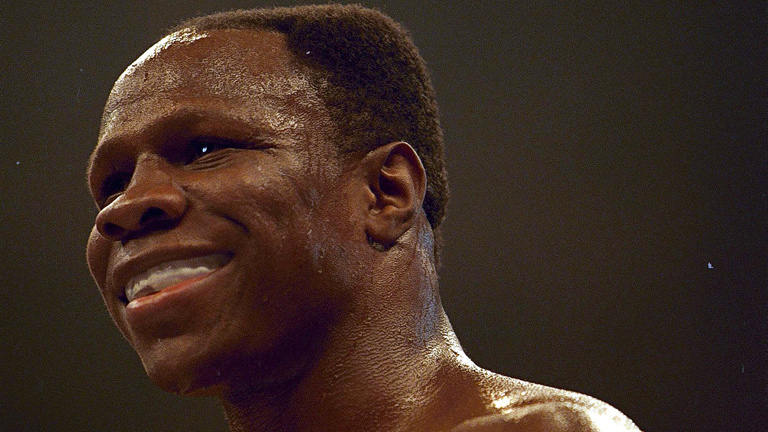 CHRIS EUBANK JNR and his father made a “horrific mistake” not taking the Gennady Golovkin fight, according to promoter Eddie Hearn.

The British middleweight champion missed the deadline to sign the contract for what would have been a career-high purse to face the Kazakh terror for three world titles.

There has been no word yet on Eubank Jnr’s next move, and Hearn has left it to his father, Barry, to discuss where the Brightonian wants to go from here.

“I’ve spoken to my old man who’s now speaking to [Eubank] Snr because I thought I’d have a little step back,” Hearn told Boxing News.

“They’re mandated to fight Tommy Langford [in defence of the British title] and they want to do that. The purse bids are in 10 days or so [August 10], so we’ll see what happens with that. He’s got a future in the game if he’s handled properly, but I can’t answer whether that’ll happen until a couple of months’ time.”

Eubank signed a multi-fight deal with Hearn’s Matchroom Boxing earlier this year, with a goal of securing a fight with ‘GGG’. After he failed to sign the contract – though Eubank Jnr argues he never even saw one – Kell Brook stepped up and will face Golovkin on September 10.

Hearn is aware this isn’t the first time the Eubanks have made a u-turn on plans, as last year Jnr won an eliminator to fight Danny Jacobs for the WBA’s secondary world title, then ended up ending his agreement with Matchroom and boxed for the British title against Nick Blackwell instead.

“It doesn’t mean they won’t get the [Golovkin] fight one day, they might fight the winner. He’s got a bright future, but sometimes you have to jump on opportunities and this was ready to go, it might not resurface.

“When I got him the final eliminator against Spike O’Sullivan to make him mandatory for Danny Jacobs, I thought the Jacobs fight would happen but then he wanted to fight Nick Blackwell for the British title.

“Tommy Langford is a good fight, but it’s a fair step back from Golovkin.”