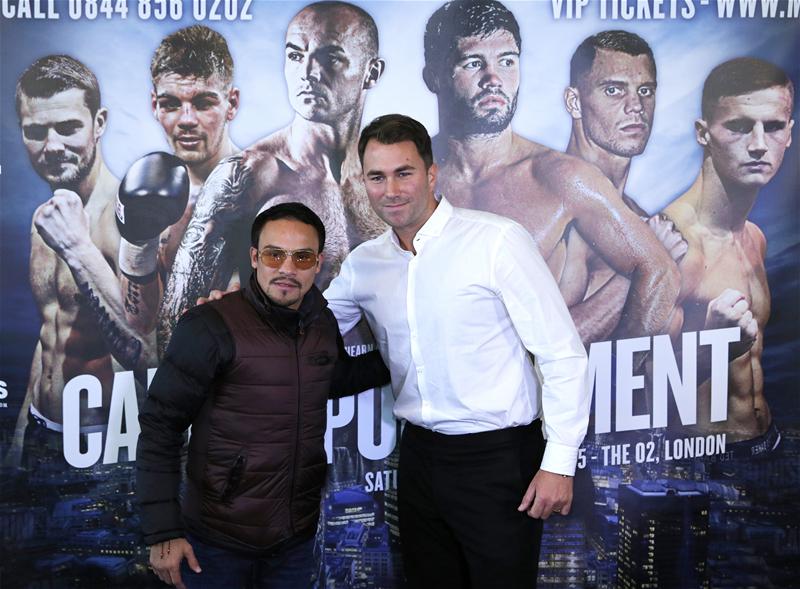 “I’d love that fight. There’s been loads of speculation,” Eddie Hearn told Boxing News. “I’ve told him and his team I’ll pay you a load of money to come and fight in Sheffield this summer.

“Love that fight. I love the Marquez fight or the [Marcos] Maidana fight for Brook in the summer,” the promoter continued. “Brook against Maidana, Brook against Marquez, they’re pay-per-view fights.”

Kell Brook first title defence, after recovering from horrific injury last year, will be against Ionut Dan Ion on March 28, which will be on Sky Sports, not a Box Office pay-per-view. “We had the momentum. December would have been great with Bellew-Cleverly, that was the original plan. Obviously that wasn’t possible. Now this is about giving him massive build up, massive exposure, so that he is that future star. He’s always rated really well, Kell Brook,” Hearn said.

“With Sky for example any fighter must try to build to become a pay per view fighter. It’s the only way they can make huge money. When a fighter becomes a pay-per-view fighter, that’s the golden chalice of the sport.”

READ MORE: Juan Manuel Marquez is in the gym and the training is serious