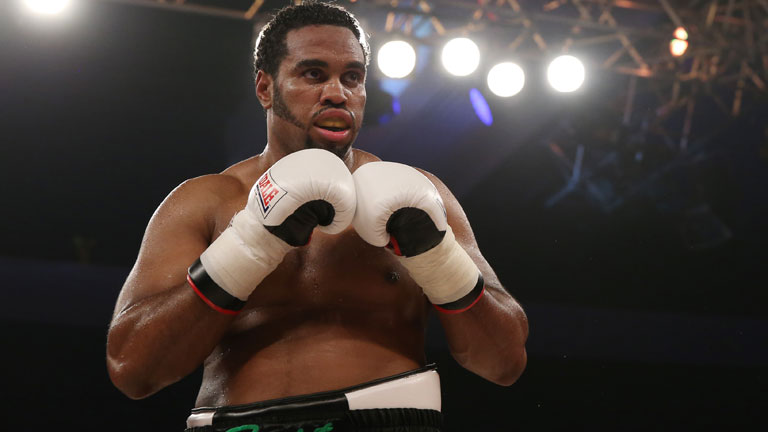 Philadelphian heavyweight Eddie Chambers talks to Danny Flexen about Tyson Fury and his family, Al Haymon and his future plans

EDDIE CHAMBERS has seen and done pretty much everything as a professional boxer during his 15-year, 46-fight career. He’s fought in both the cruiser and heavyweight divisions, competed – and won – in four countries, challenged for a world title and even spent a recent period basing himself under Peter Fury in England. Now, aged 33, Philadelphia’s Chambers has returned home to be advised by man of the moment, Al Haymon. Eddie Chambers is a polite, courteous guy, but one who realises he has little time to waste.

“Honestly, I’m just trying to get a few fights now,” Chambers told Boxing News. “My first fight back home was on September 18 [a three-round stoppage of trialhorse Galen Brown] and it’s already January; I’m looking to get back in there as soon as possible. It’s been a while and even the fight I had was like a comeback fight. I only want fights of substance that will put me back in big picture. There are guys looking for a ‘name’ to step in with, it might be good for them but not for me; I want meaningful fights that will lead to a world title, to set myself up for retirement.”

Eddie Chambers loved his time in the UK, which encompassed five victories in a busy 2014, working under Peter Fury and training alongside fellow heavyweights, Tyson Fury – who recently deposed one of Eddie’s conquerors, Wladimir Klitschko, as world heavyweight champion – and prospects Hughie Fury – Peter’s son, Tyson’s cousin – and David Allen. The dual lure of home and Haymon’s influence proved irresistible, however.

“To be back home is great,” Chambers reflected. “Al Haymon is one of the biggest names in boxing so thank goodness I could get with him. Win, lose or draw at least I want the opportunity. I love Team Fury like family and congrats to Tyson, he worked hard for it. This move is the best thing for me and they understand that.”

Chambers is now training with Anthony Rodriguez and hopes to add James Ali Bashir to the squad in the near future. He would happily fight the highly ranked Anthony Joshua on April 9 in London but wants to return to the UK in the future either way.

“I still plan on coming back, beyond just boxing,” he said. “I really enjoyed being in the UK, the friends I’ve made, and how welcome everyone made me feel.”