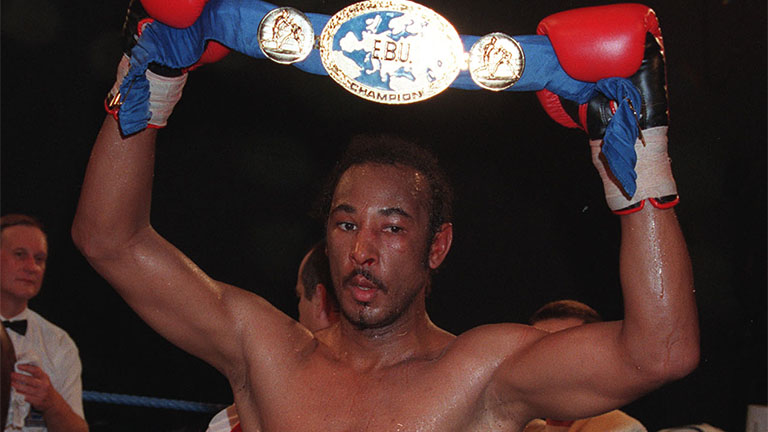 I WAS delighted to hear that the recent Leeds EBA get-together was a great success, with visitors from Manchester and Merseyside Associations.

“Close to 200 people attended,” Leeds Secretary/Treasurer Paul Abraham told me. “With a quality singer doing two memorable sets – including an Elvis tribute set – and an enormous choice of hot and cold food available, everyone went away with full stomachs and great memories of a brilliant day.  Although this was a free, invitation only event, whatever profit made will be sent to the Ringside Rest and Care charity.”

That’s a fine gesture. Well done, Leeds, for putting on such a successful event – and well done Manchester and Merseyside, for taking the trouble to attend and contribute to the success. As I’ve said before, these events take a lot of organising, and it’s so disheartening when there’s a poor turn-out.

The current Leeds newsletter also has an interesting piece on local Crawford Ashley (pictured above), who campaigned at light-heavy between 1987 and 2001, winning 33 and drawing one of 44 bouts. He had two reigns as British champion, two at European -and also held the Commonwealth belt.

Until I studied his record, I hadn’t realised  I actually covered his debut for BN, at Merton Civic Hall on March 27 1987. My two-paragraph report began: “Quickest winner of the night was Crawford Ashley of Leeds, who pulled out a right hand to halt Nottingham’s Steve Ward in the second of a scheduled six-twos.”

Crawford never minded travelling. His first three European title bids were overseas – a split decision loss to Graciano Rocchigiani in Germany, a draw against Yawe Davis in Italy and finally a majority decision win over Pascal Warusfel in France. He twice went to America for world title tilts, against formidable champions – taking a chance and coming down to super-middle to challenge Michael Nunn (losing in six) and then dropping a unanimous decision to Virgil Hill at light-heavy.

He even had to travel in this country, going to Dudley to halt Midlands favourite Roy Skeldon in seven for the vacant British belt, and to Hull to defend against Tony Booth (a sixth-round stoppage that also netted the vacant Commonwealth title).

Leeds EBA meet at noon on the first Sunday of the month at The Anglers Club, 75 Stoney Rock Lane, Beckett Street, Leeds LS9 7TB. To quote from their newsletter: “Please note that you don’t have to have been a boxer to … attend our monthly meetings as everyone who loves boxing will be made welcome.” And so say all EBAs.

This is always a good afternoon, with plenty of boxing people attending, including many EBA members (Bournemouth regularly take a stall). I’ll give more details nearer the time.

This Sunday, of course (September 22), is the British Ex-Boxers Hall of Fame, at Orsett Hall Hotel, Orsett, Essex. This is another great afternoon.

The current Brighton EBA newsletter records that their Summer BBQ was another success, and thanks the members of Home Counties, London and Croydon EBAs who attended (see my earlier comment about the Leeds gathering). Brighton do their share of supporting, too, and were represented at the Wales Reunion this month (another great success).

I’ve always stressed the need for EBAs to show they support the current scene, and the current Central (Midlands) newsletter has a detailed account of a Wolverhampton police boxing team’s recent visit to Los Angeles, to meet their American counterparts. There’s also an in-depth feature on the late Pernell Whitaker.

Never Give Up, Never Give In – RR&C’s song – is set to be recorded at Abbey Road!

RINGSIDE REST AND CARE are following in the footsteps of The Beatles when they record the track, Never Give Up, Never Give In, at the Abbey Road Studios in London on November 24. Several members of the boxing fraternity, including former and current boxers, will take part in the recording of the track which was written by Simon Block of the Commonwealth Boxing Council. However, sponsorship is required for this venture. Any companies or individuals who would like to sponsor should get in touch with Paul Fairweather (07752-322-248) or Karen Knight (07766-886-580) for futher details. Many thanks to all of the officials in Swansea and at York Hall who proudly wore RR&C badges as they conducted their roles at ringside.