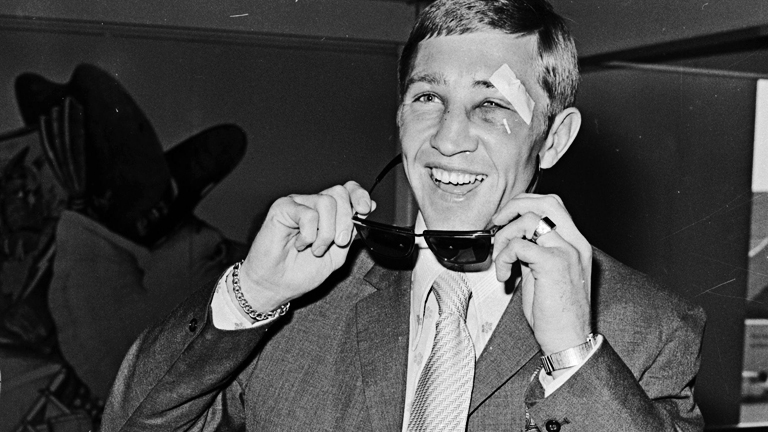 Encouraging reports from the NBF Gala and HC EBA Barbecue

I WAS delighted to hear from Manchester EBA Secretary Eddie Copeland that this year’s Northern Boxing Federation Gala went very well, with around 150 attending. This was the first time the event had been held at the Hotel Sheraton, Blackpool, and the feedback was totally good – everyone felt they were well looked after, the staff were friendly and the food was excellent. The owner said it was great to have the ex-boxers there, and looks forward to welcoming them back next year.

That’s great to hear. Among the better-known names mentioned, I was interested to see that of Tony Cunningham, whom I remember as a good-value lightweight from the ‘60s and ‘70s. Tony won seven and drew three of 32 outings, but the figures are deceptive – he met some good people, here and overseas, normally went the distance, and always came to fight. He was no journeyman – content to cover up and lose every round. Good to see you’re still involved in the game, Tony.

I was also very pleased to hear that the Home Counties EBA’s annual Barbecue was an outstanding success, with around 200 attending. No admission was charged but donations, raffle and auction raised over £2,200, which will be passed on to various charities and worthwhile causes over the next few months. The music was provided by Mick Mancini and Peter Gleave, described as “fantastic” singers. DJ Henry, “The Pink Panther”, manned the decks, chefs Kevin O’Sullivan and Steve fed the hordes and the bar staff “worked their socks off.” Harry Scott was kept busy selling Ringside Rest and Care goods and virtually sold out, and the Association will be making a further donation to RR&C. A party of 12 went from Brighton EBA, and, to quote from their current newsletter, “We met up with so many friends and shared a really great time.” And around 40 made the trip from Leicester. To quote Brighton again: “EBAs supporting EBAs – just brilliant!” As I’ve said so many times, this is what the EBA movement is about.

Brighton hold their own Summer Barbecue – always another success – on August 11 at their HQ, The Romans, 33 Manor Hill Road, Southwick. Tickets are £5 per head, obtainable on the day. There’s lots to read in the July Brighton newsletter, with articles on former all-time great Sugar Ray Robinson, ex-British and European super-welterweight champion Jimmy Batten and former heavyweight contender Gerry Cooney – and a very detailed, in-depth look at women in boxing, both participants and officials. Did you know that the first woman to judge a world heavyweight title bout was Eva Shain – 1977, Madison Square Garden, Muhammad Ali-Earnie Shavers? I didn’t.

Jimmy Batten’s a regular at London EBA meetings and does a great deal for charity, organising fundraising evenings and the like. And I was also interested to read that present at Brighton’s July meeting was boxing historian Ron Jackson, over from South Africa.