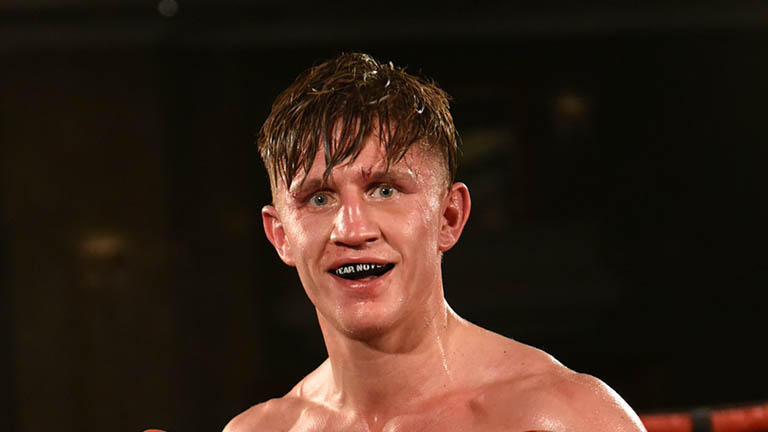 EBA members raise funds for a very good cause

MAY I wish a very happy New Year to everyone connected with boxing, including, of course, all EBA members. I hope all EBAs continue to thrive in 2020. Many had highly successful Christmas ‘dos’. For instance, I was delighted to receive the following from regular correspondent Richard Vaughan: “Bournemouth EBA enjoyed their Christmas Dinner at the Bates Restaurant, Charminster, on Wednesday December 11, and with very few exceptions, owing to illness, there was a full complement of members in attendance. In particular it was very pleasing to welcome our Honorary Vice-President, Sparrow Harrison MBE, and his partner, Gemma, who had travelled all the way from Denbigh in North Wales. The food was of the highest quality, with excellent service provided by the staff of the Bates Restaurant – and in respect of service the Association would like to thank Sheila at The Cricketers on Windham Road for hosting us throughout 2019.”

That’s all good to hear, and I’m very pleased there was such a good turn-out from Bournemouth. I’m constantly stressing the importance of EBAs supporting one another – but it’s also vital to support one’s own Association.

Home Counties Membership Secretary Terry Clarke described their party on December 15 as “brilliant.” There was “a good turn-out – I’d say between 150 and 200,” Terry said. “The place was heaving! The raffle and auction went well – Bob Williams, our Chairman, did his usual great job as auctioneer, and really drew the crowd out! And there was great entertainment from singer Mick Mancini and DJ, The Pink Panther. There was a good crowd from Brighton – James Cook came, and Ross Minter, and Gary Dunks, who’s just joined us. And there were quite a few from local amateur clubs, such as Bushey and Harrow.”

That’s all good, too. EBAs need new blood, and many actively support their local fighters, pro and amateur – and if current boxers reciprocate, and attend EBA functions (and hopefully join), that’s wonderful.

Leicester’s current newsletter publicises the recent session at Abbey Road, when a number of boxing people (including yours truly) turned up to record Simon Block’s song, Never Give Up, Never Give In, due to be released next year as a charity single to raise money for the Ringside Rest & Care Home. The newsletter has a photo of former champions Jimmy Batten, John H. Stracey, Duke McKenzie and John Conteh on the famous zebra crossing, recreating the cover of The Beatles’ Abbey Road album.

Essex EBA held their Christmas party the same day as Home Counties – and that, too, was a great success. “It was brilliant – the place was packed out,” Secretary Ray Lee said. “Standing room only!”

Among those there was former two-weight Southern Area champion Johnny Kramer. Essex EBA have produced several scrapbooks detailing fighters’ careers – and their latest, on Johnny, is now available. Johnny fought some of the best, and it should be a good read. The members raised £200 for the Charlie Wynn Fund, which was a great effort, and the raffle raised £265. Also, there were new members, Johnny Claydon, Paul Harvey and Kevin Doherty, all of whom I remember well. Doherty boxed at lightweight between 1976 and 1982 – he always put up a good show, win, lose or draw. Harvey campaigned between 1989 and 1994, winning 16 (10 inside schedule) and drawing one of 22 outings. In November 1991, he KO’d Hugh Forde in three rounds to win the Commonwealth super-featherweight title – and less than a month later he successfully defended against ex-British champion Sugar Gibiliru, winning on points over 12. Claydon boxed at lightweight between 1973 and 1980, winning the Southern Area lightweight title and twice challenging for the British. He also beat reigning British (and future world) champion Jim Watt in a non-title bout, albeit on a cut.