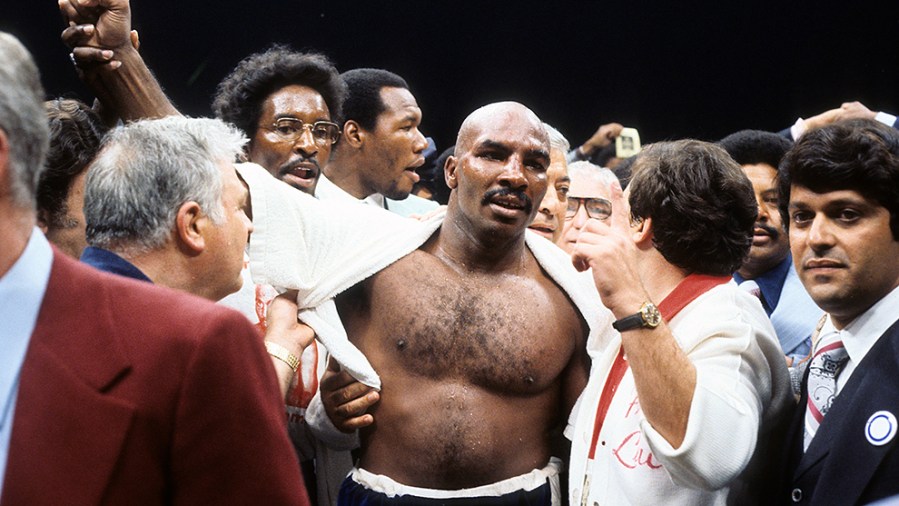 EARNIE SHAVERS, one of the last man standing from the greatest of all heavyweight eras, has died at the age of 78. While it would be untrue to label Shavers solely as a slugger, it would be unfair to focus on anything other than his punching power when discussing his prowess.

Just ask those who felt it.

“Earnie Shavers hit me so hard it shook my kinfolk back in Africa,” Muhammad Ali famously said after their 1977 bout which ‘The Greatest’ won on points after 15 gruelling rounds.

That was Shavers’ first bid for the world heavyweight title. His second, though only for the WBC strap, came when he took on Larry Holmes in 1979. Holmes had outpointed Shavers the year before in an eliminator, winning almost every round. But in the return, Shavers looked to have secured the upset in round seven when he flattened Holmes with a cannonball right hand. That Holmes – who first encountered Shavers when working as his sparring partner in 1973 – managed to get up and win the fight says more about Holmes’ recuperative powers than it does Earnie’s astonishing might.

Earnie Shavers started boxing late, when he was 22. He had a brief amateur career, winning a national title in 1969. In that year, National Golden Gloves director Tony Mange was among the first to recognise Earnie’s power, saying “Shavers carries a hefty punch.”

Ron Lyle was another who could testify. Lyle – himself a hellacious hitter – went down against Shavers in 1975 only to rise and stop him in six.

“Hey man, that’s the hardest I’ve ever been hit in my life,” Lyle later said about the moment he hit the canvas in round two. “And George Foreman could punch, but none of them could hit like Earnie Shavers did. When he hit you, the lights went out. I can laugh about it now, but at the time, it wasn’t funny.”

Perhaps Randall “Tex” Cobb said it best. The ludicrously robust Texan was the last man standing after a savage eight-round brawl with ‘The Acorn’ in 1980.

“Earnie Shavers could punch you in the neck with his right hand and break your ankle,” Cobb said.

Shavers was past his best by then. He retired in 1983, before making two brief comebacks in 1987 and 1995. His final record read 74-14-1 (68). Among those he defeated include Joe Bugner, Jimmy Young, Ken Norton, Roy Williams, Henry Clark and Jimmy Ellis.

It was the win over Ellis, a former WBA belt-holder, that catapulted Shavers to prominence in 1973.

“That was the best night of my career,” Shavers said. “I knocked out Jimmy Ellis in one round at Madison Square Garden. That really opened things up for me. He was a former heavyweight champ and I handled him with ease and showed the world my power.”

The world will remember that power for a long time. One of the best of a legend-laden era, and one of the hardest hitters of them all, Earnie will be sadly missed.