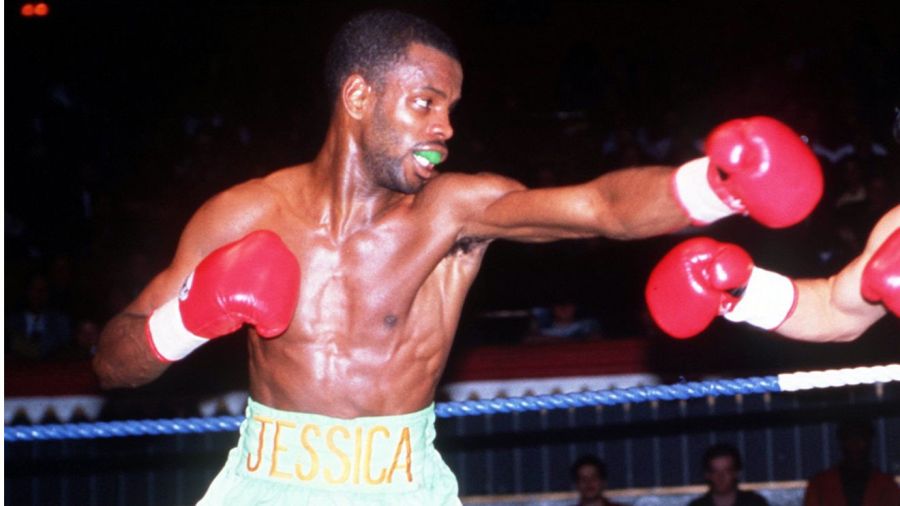 Duke McKenzie was last week honoured with a plaque outside the house in which he grew up, courtesy of Ringside Charitable Trust and the British Boxing Hall of Fame

IT was about a week ago I found out that I was being honoured with a plaque outside the house I grew up in at 103 Birchanger Road in South London. It was in recognition of my work with the Ringside Charitable Trust, the British Ex-Boxer’s association and the Croydon Ex-Boxer’s association, and the honour left me speechless.

When Dave Harris of Ringside Charitable Trust said they were going to do it, I couldn’t believe it. I can’t even put it into words what it meant to me.

People talk about legacy and one thing or another, but that house will be there for the next hundred years. I’ve got kids and I’m a grandad now – and I’m sure I’ve got more grandchildren to come. I went to school literally one hundred yards up the road and South Norwood is where I was born.

In and around the Croydon area we were pretty well known, the McKenzie family – for being boxers, that is, not gangsters or anything like that. My older brother was like “Del Boy”, honestly. Everybody knew the McKenzies in and around that area, so it’s a privilege and honour for this plaque to now be outside the house.

As for legacy, I’ve always looked for different ways to be involved in boxing since I retired. I’ve done commentary and I’ve trained one or two fighters, not officially but at the gym. I’ve always done something where boxing is concerned. I’ve never seen myself as a promoter or a manager or even a coach. But, for whatever reason, people like talking to me. One of the best things my brother, Dudley, said to me was this: “The greatest gift you can give anybody is your time. It’s not your car keys, your house keys, or your money. It’s your time.”

What the Ringside Charitable Trust are about is purely one thing and that’s giving back. They’re not about taking from the sport. They want their legacy to be that they were men who gave back to their sport. When they’re gone, or not able to run this organisation anymore, their legacy will be secured. They will have made a difference in the sport of boxing. That’s what they’re trying to do.

There are plenty of boxers who are destitute or broke or have drink or drug problems and they are in need of help. Dave is trying to offer that help. He’s trying to build a state-of-the-art 30-bedroom care home specifically for retired boxers to give them the benefit of having a roof over their head. It’s magnificent, it really is. I’m behind it wholeheartedly.

I find that more and more over the years I’ve been doing a lot of mentoring to the youth in and around my gym. You find out they’ve got this problem going on, or that problem going on, and you try to help them. I’ve always thought to myself, You know what, I might make a really good counsellor one day.

For me to identify what’s going wrong with boxers today, both physically and mentally, is not difficult. I’ve been in this sport for 40 years and have been privileged to have achieved more than your average. I’ve had times where I’ve hit lows in my career but I always had somebody who was there to pick me up. I want to be that person for someone else now.