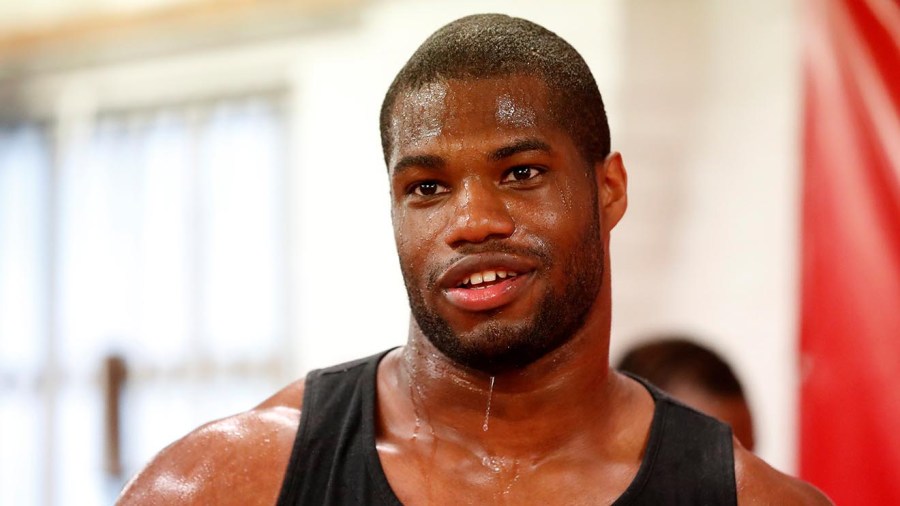 Daniel Dubois and Nathan Gorman contest the British heavyweight title in one of the best UK fights of the year, writes Elliot Worsell

SATURDAY’S (July 13) British heavyweight title fight between Daniel Dubois and Nathan Gorman receives deserved attention, praise and main event status because it is that rarest of things: a competitive, hard-to-call heavyweight matchup nobody expected to happen – at least not this early.

A break from tradition, its purpose is to not simply make money or cultivate a future rivalry but to instead give us answers – quick answers – and get to the heart of the matter. How very un-heavyweight division. How very un-boxing.

After all, it’s so far been a summer of heavyweight mismatches, on paper at least, and even the image of Andy Ruiz Jnr doing the unthinkable and dethroning Anthony Joshua on June 1 shouldn’t conceal this fact.

In May, Deontay Wilder’s WBC world heavyweight title defence against Dominic Breazeale failed to set pulses racing, nor last very long, and the same can be said for Tyson Fury’s non-title fight against Tom Schwarz in June. They were poor contests going in, made to look even poorer once the bell rang and punches started to fly. The general feeling was deflation rather than elation.

Ruiz, of course, was the anomaly. Of all the underdogs and fall guys his task seemed the toughest, yet somehow he managed to produce his ‘Buster’ Douglas moment at Madison Square Garden. In doing so, he shook up the world and secured three of the four world heavyweight titles (WBA, IBF and WBO). He made a gargantuan upset of what appeared a gargantuan mismatch.

Make no mistake, though, the intention going in was for it to be a mismatch. Like Wilder vs. Breazeale and Fury vs. Schwarz, the premise of Joshua vs. Ruiz was that the champion, the favourite, should prevail, goad his rivals and then hopefully move on to bigger and better things. In staying well clear of one another, the Big Three tested the patience of boxing fans and ultimately tempted fate. Then Joshua, the one with all the power, paid the price.

At least now, having made it through this frustrating period for the heavyweight division, we are treated to a fight like Dubois vs. Gorman, a genuine 50:50 battle between two men thinking not about the future but only each other; two men for whom world titles mean nothing if they can’t first reign domestically.

It’s a battle of prospects they said would never happen. (Neither man would take the risk, they said. Their promoter, Frank Warren, would never take the risk, they said.) Yet here we are, it’s happening. Both have everything to lose, in the sense of them being unbeaten and ambitious, but, equally, very little to lose because they have yet to really advance beyond the starting line.

Though the fight’s unusual and refreshing, it’s not the first of its kind. In fact, some have compared Dubois vs. Gorman to the 2011 British and Commonwealth super-middleweight title fight between George Groves and James DeGale. That, however, might be a stretch. Dubois and Gorman are undefeated, on the rise and meeting early in their respective careers, yet lack the amateur pedigree, the history, and, more importantly, the pro experience of the former Dale Youth gym mates.

Let’s not forget, either, that as premature as Groves vs. DeGale was, both held domestic titles and had scored noteworthy wins on the way up. Groves showed the good, the bad and the ugly in an up-and-down war with Kenny Anderson, having snatched a Commonwealth title from Charles Adamu, while DeGale had rattled through his repertoire for nine rounds of a British title victory against Paul Smith. These wins, though far from defining, revealed enough about the pair to allow anticipation to build ahead of their meeting and for it to (almost) justify its headline billing on pay-per-view.

The problem with Dubois and Gorman, by contrast, is that they are both still very much unknown quantities. Neither have been tested, not on paper, not in the ring, and their profiles, as a result of this, are still in the developmental stage.

On records lacking standout names, Gorman’s wins over Kevin Johnson and Razvan Cojanu at least gave us rounds – 10 against Johnson, 12 against Cojanu – whereas Dubois, the more ruthless finisher, has maintained a greater sense of mystery due to the concussive power in both fists. He too went 10 rounds with Johnson, one of the most durable heavyweights out there, but has otherwise been finishing overmatched opponents, including Cojanu, inside the distance.

In terms of comparisons, then, a better one might be last year’s cruiserweight encounter between Lawrence Okolie and Isaac Chamberlain. That was sold as a battle of prospects at London’s O2 Arena, yet, despite the grand stage and build-up, was in the end closer to a sparring session between raw novices unfamiliar with competitive fights still trying to understand the intricacies of their profession. Through no real fault of their own, it was an ugly spectacle and an example of what can happen when promising fighters are rushed to the ball without taking the time to ensure their clothes fit and they’ve remembered their invitation. Lessons were learnt. Both remained in school. Rather than graduate, they were held back a year.

It could be said Groves vs. DeGale, both captivating and uneventful, also featured two men not so much getting to grips with each other as getting to grips with the sport. There were lulls in that fight, too. Awkward pauses. Wild swings. Mistakes. The two of them, having not gone 10, let alone 12 rounds as pros, fought with a nervousness and anxiety belying their skillset and amateur pedigree. They were cocksure beforehand but unsure on the night, the fight akin to a difficult first date.

What’s more, Gorman and Dubois, even against sub-par opposition, have both shown they possess more than just an ability to stand and trade with large men. Gorman, in particular, projects a kind of ring savvy, patience and poise that has led to some likening him to Tyson Fury, a fellow traveller and cousin.

Relaxed and at ease, Gorman, 16-0 (11), flourishes in the slower, less flashy moments of a fight and utilises feints and body shots most heavyweights nowadays neglect. You see him thinking in there. You sense him plotting every move before he makes it. Against Kevin Johnson, for example, a man seemingly designed to make heavyweights look bad, Gorman, 23, didn’t fall for any of the negative veteran’s traps, choosing instead to outhustle a hustler. It was far from scintillating but told us a lot about Gorman’s maturity.

Where Gorman is chilled, Dubois, 21, is uptight and coiled, all nervous, kinetic energy. It’s what makes him an exciting young heavyweight to watch and a dangerous young heavyweight to fight. He prowls with an intensity hard to fake or teach, shoulders tense and fists tightly clenched, and neglects the temptation to pace himself or feel his way into a fight in favour of ending fights as quickly as possible. A man of simple pleasures, Dubois, 11-0 (10), diminishes the possibility of being outboxed or outlasted in a fight by making an early impression on his opponent and taking the ascendancy.

It’s an approach basic and boneheaded to some. It might one day get him in trouble. But, for now, this seek-and-destroy mentality of Dubois has paid dividends and created quite the highlight reel. His last fight, a four-round war against Ghana’s Richard Lartey, could have been made a lot easier if he had boxed with patience, or been Nathan Gorman, but Dubois was intent on finishing matters quickly and never wavered from this plan. Taking the fight to Lartey from the off, he happily put himself in harm’s way, occasionally took one to give one, and produced some thrilling two-way action before stopping Lartey in the fourth. It was the archetypal Daniel Dubois performance: rough around the edges but ultimately emphatic.

If he is as powerful as his record suggests, this method might again be enough for the six-foot-five Dubois on Saturday. He could conceivably overwhelm Gorman with power shots and his greater size, manhandling him up close and using longer arms (he has a five-inch reach advantage) to control the course of the action. He could get to him early or he could break him down and finish him late on.

However, if Dubois has skimped on other facets of his game, or discovers he needs more than just power to remain unbeaten, Gorman could be the type to recast a destroyer as a one-dimensional, one-track plodder. In attempting this, he will try to think quicker than Dubois, act quicker than Dubois, and hit all the angles and moves Dubois has yet to encounter in his straightforward pro career. He will call upon the time they spent sparring as amateurs, sessions in which Gorman claims he got the upper hand. He will also take confidence from other examples of so-called monstrous punchers being nullified by greater minds, of which there are plenty.

Dubois, the one with the greater share of the spotlight, starts as a narrow favourite, for his language, that of the knockout, is one easily understood by the masses. It translates well on television. It requires no explaining. Yet it’s Gorman, measured and confident, who has the air of the dark horse about him, whose style, in theory, could be all wrong for a head-hunting puncher.

Which is why, in a fight incredibly hard to call, one favours the Nantwich man, if he is as tough as he is talented, to use his superior punch variety and composure to win a fascinating if messy fight on the cards.