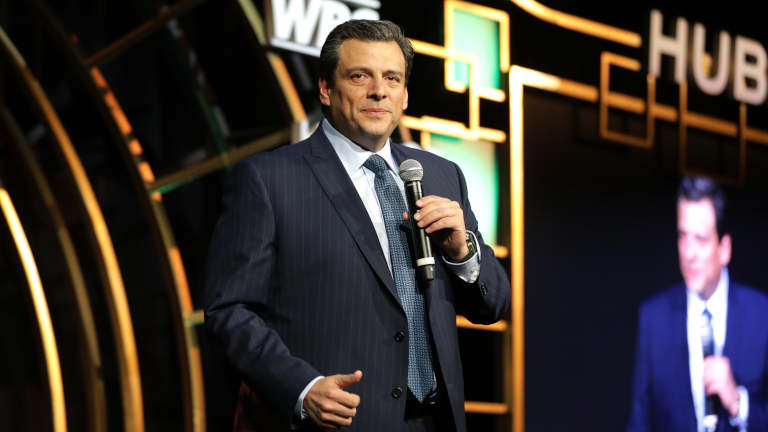 THERE are concerns that the restrictions in place as a consequence of coronavirus could invite top level boxers to ignore drug regulations after the World Boxing Council (WBC) suspended their Clean Boxing Program.

The WBC introduced the system in 2016 which stipulated that any boxer ranked in their top 15 – and therefore eligible to challenge for world titles – must be subject to random drug testing, carried out by the Voluntary Anti-Doping Association (VADA).

The term ‘random’ was always misleading, however. Though the official line is those signed up to the programme are subject to ‘year-round random testing’, the truth is that boxers – unless they were past offenders – would only face testing when they were in training for an upcoming bout. The grey area, then, was vast; it is no secret that fighters wishing to cheat do so with carefully planned cycles that cease long before camp begins, and thus the drugs are out of their system by the time any testing begins, but the enhancing effects of the drugs remain.

“The World Boxing Council – in agreement with VADA – has temporarily suspended all Clean Boxing Program testing,” said the WBC president, Maurico Sulaiman [pictured above] before referring to the social distancing rules. “It is not possible to collect samples as boxers and collectors must abide by the current polices.”

The WBC’s decision to suspend testing, understandable given the current problems but not universally applauded, will only widen that window for wannabe law-breakers. Before anyone blames the WBC too vehemently, it should be remembered that out of all the sanctioning bodies, they have been the leaders when it comes to anti-drug messaging – which is perhaps why Covid-19 creating yet another potential loophole is so troubling. The WBC claim they had no choice but to suspend testing but VADA’s Dr Margaret Goodman initially insisted it could have continued.

“I wasn’t really in agreement with the WBC,” VADA’s Dr Margaret Goodman told News 3 Las Vegas on March 25. “I understand it’s their programme and they have the right to make those decisions, we just administer the programme for them. I hope this doesn’t last too long.”

As of the end of March, boxers with scheduled fights – like Anthony Joshua and Kubrat Pulev on June 20 – were still being tested and demanded that the testing continue. However, the virus completely removed any notion of the testing being random.

“Obviously, the way it works is that we [usually] do unannounced random testing,” Goodman explained. “We show up at the athlete’s place of training – though the gyms are now closed – or we show up at their home. One thing we have instituted is that we contact the athlete that we’re going to test by phone first and ask a series of questions: Have they travelled? Where have they travelled? Have they been to any hotspots? Have they had any recent cold or flu? Have they had any symptoms that could be consistent with Covid 19?

Goodman agreed that the pandemic could therefore increase the opportunities for cheating given the suddenly barren boxing schedule.

“It’s concerning for me so that’s why it’s important for fighters to know that they’re eligible for testing,” Goodman said. “Some of the organisations have made that clear. But I don’t want the fact that things are being postponed, like the Olympics, for boxers and MMA fighters to explore those postponements as an avenue for doping. That’s why it’s so important for the athletes to know they’re eligible for testing.

“Most of the fighters want to demonstrate that they are clean athletes, it becomes part of their persona, and they want to do it to represent a challenge to their opponent – if they have one – to do the same. Most of the fighters want to step up and show that they’re clean and show everyone that they can do that. It’s a wonderful thing to demonstrate.” Goodman plans to put the lull in action to good use with boxers being invited to submit their supplements in order to ascertain if they’re legal or not. With the exception of clenbuterol, which is nearly always blamed on contaminated meat ingestion, boxers using illegal supplements is the most common way to fall foul of testers.

“Most of the fighters are trying their best to not use PEDs and stay clean,” Goodman continued. “There is a now a larger percentage that use supplements that are tainted. So we can use this time to ensure the supplements they are taking are legal supplements. We will introduce webinars and invite supplements to be tested and certified.”