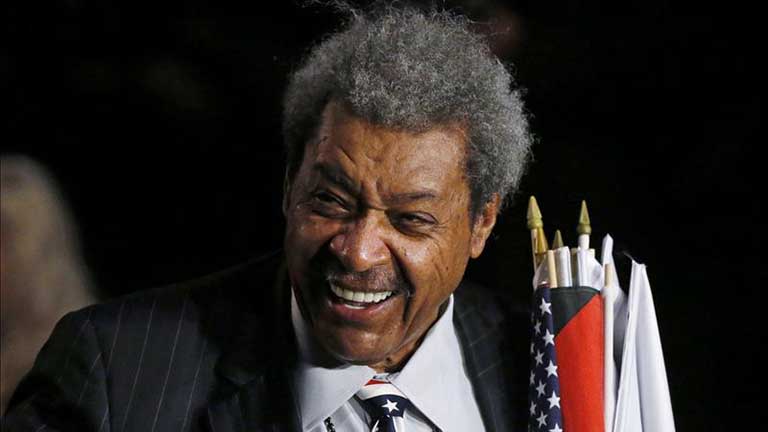 Don King has a plan

With WBC heavyweight champion Deontay Wilder injured, the WBC have instructed Povetkin to box Stiverne for an Interim title.

“The [Stiverne-Povetkin] fight would mark the first in a long journey. If Bermane wins, we take him around the world. Bermane has a lot to prove. He’s the only fighter to go the distance with Wilder, but he gave that fight away. This is his chance for redemption; the tour will go on with or without him. We shall overcome!”

King wants to stage a worldwide boxing series, a ‘Salute to Greatness’ tour. The idea “is to do a global salute to the memory of the greatest, Muhammed Ali”.

“I brought international fame and acclaim to cities and countries, brought them worldwide recognition, put them on map,’’ King said. “We put Manila on the map, same with Zaire and many other places. With this series, we’re open to do things that have never happened before.

“We could go anywhere and everywhere, we’re gonna conquer the world. They’re calling me, Africa is calling me. I don’t even have to call them.

“It’s the 41st anniversary of The Thrilla in Manila, the 42nd anniversary of The Rumble In The Jungle. We could take George Foreman, Larry Holmes, go to Mexico for Julio Cesar Chavez, Panama for Roberto Duran, Puerto Rico for Felix “Tito” Trinidad, and just go around. The possibilities are endless.

“This is the Love & Peace Roundup for me. I’m back in the saddle. There’s no stopping this series. It’s a ‘Salute to Greatness’ in the memory of Ali and for all the great fighters all over the world.’’