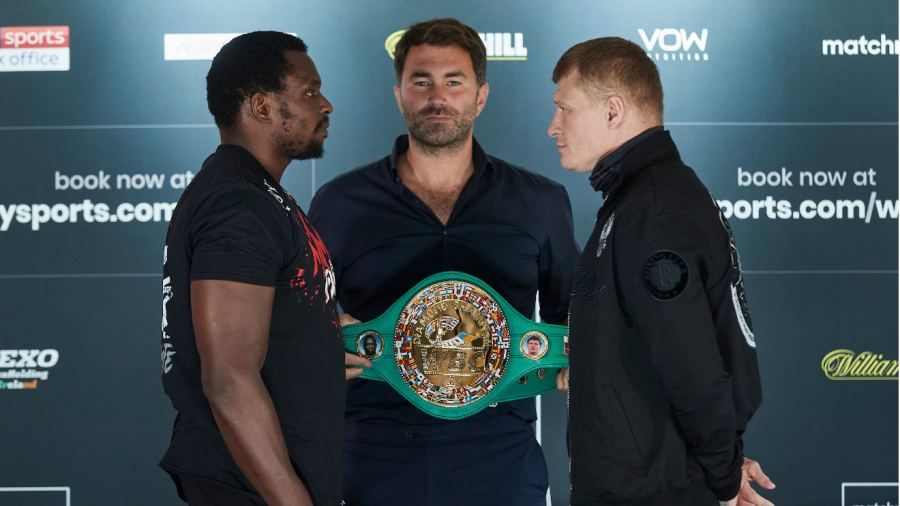 A panel of experts considers Dillian Whyte vs Alexander Povetkin

Chris McKenna
Sports journalist
I’m sure if it turns out to be a slugfest with knockdowns galore then everyone involved will say ‘you get what you pay for’ but let’s be realistic – it’s an interim title fight between a heavyweight contender and a faded force. PPV should be reserved for elite fights and if Whyte wasn’t behind a paywall his standing would soar.

Dave Allen
Heavyweight contender
I’m not sure about a fight that’s truly worthy of pay-per-view because you never know how a fight is going to play out. But it’s a fight between two Top 10 heavyweights and is an interesting matchup. Both have the capabilities to end the fight early but I think Whyte wins on points.

Carl Greaves
Promoter and trainer
I just don’t think we should be staging pay-per-view fights in the current climate. I understand that money needs to be made and I understand that shows are not making any money, but it seems wrong somehow with so much uncertainty out there to put a price tag on a fight.

Scott Quigg
Former WBA champion
Pay-per-view is down to your own interpretation. Ordinarily it might not be worthy of PPV but we’re living in strange times. In this climate, it’s exciting and will be good to to have that ‘big fight feeling’ again. Eddie Hearn deserves credit for managing to stage a fight of this magnitude at this time.