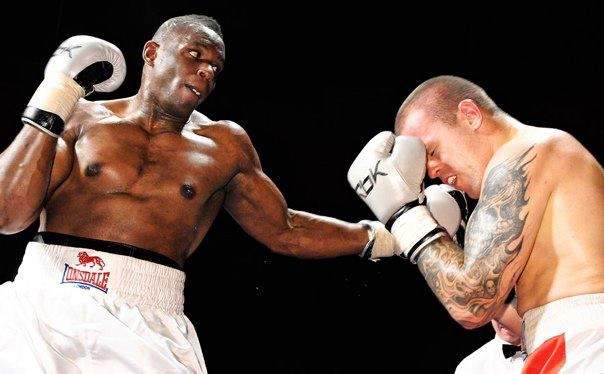 James Slater on the short-notice change

WITH ultra-durable American Dominick Guinn having to withdraw due to illness, unbeaten Dillian Whyte will now face another tough U.S operator in Pennsylvania’s Brian Minto at The O2 in London on September 12, Sky Sports have reported. Top of the bill of course, is Anthony Joshua against Gary Cornish for the Commonwealth heavyweight title, and if both are victorious, Joshua and Whyte will clash in an intriguing fight in December.

Whyte, who holds that amateur win over Joshua, says he feels he needs rounds – taken only to the fourth-round so far in his 15-0 pro career – and he may well get rounds from Minto. The former WBO cruiserweight title challenger (losing via ninth-round retirement to Marco Huck in 2010) who has also engaged in a number of high profile heavyweight bouts, has been boxing in New Zealand recently. Last time out, back in March, Minto, aged 40 and sporting a 41-9 (26) record, engaged in “The Super-8 Cruiserweight” tournament, where he reached the final, losing on a three-round split points defeat to a 0-1 fighter.

As a very short notice late replacement foe, Minto is a respectable choice, however. It remains to be seen how much the American – who has previously boxed in London, when he took part in “Prizefighter” back in 2013 – has left, but Whyte may get the workout he feels he needs as he prepares for the big fight with Joshua. And whereas Guinn would almost certainly have looked to survive against Whyte, Minto can be expected to come to fight.

Whyte will be looking to display the skills he has picked up whilst working with new trainer Johnathon Banks (trainer of course of Wladimir Klitschko), who the 27-year-old worked with in Detroit recently. Another Whyte stoppage win looks likely next Saturday.