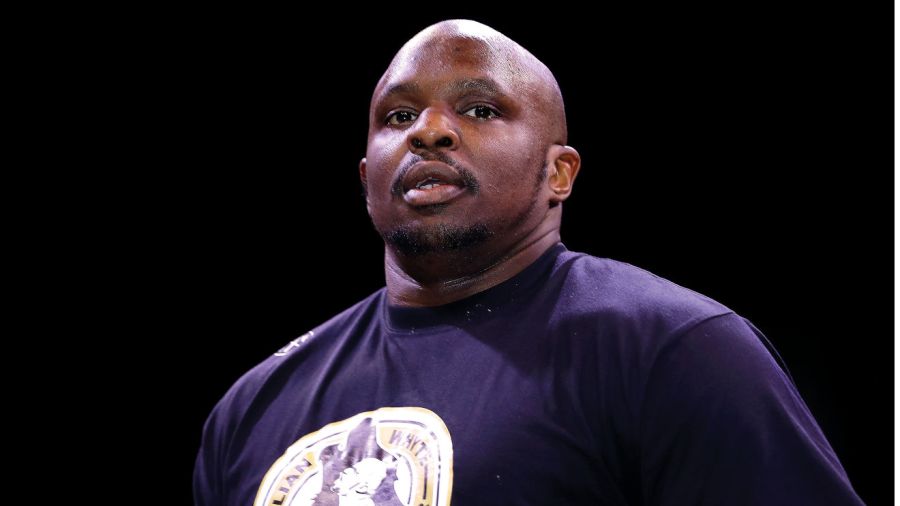 THERE is a lot on the line for Dillian Whyte this Saturday (August 22). The 32-year-old has been the No. 1 contender for the WBC heavyweight championship for over 1,000 days. Earlier this summer he even took legal action against the organisation over fears that his mandated title shot would be pushed back once again. However, he has since been assured by the sanctioning body that he will receive his crack at the crown in early 2021, once champion Tyson Fury has completed his trilogy with ex-titlist Deontay Wilder later this year.

Instead of sitting on his mandatory status in the meantime, Whyte has chosen to remain active. But the fight he has taken on is no mere tune-up. His opponent this weekend is a two-time world title challenger who has been campaigning at the top level in the heavyweight division for well over a decade. He may be nearly 41 years old, but Alexander Povetkin still poses a serious threat. If Whyte loses to the dangerous Russian, those 1,000-plus days will have been for nothing, as it will be Povetkin who will be in prime position to challenge for the WBC belt. That is what’s at stake.

Like every boxing event at the moment, the bout will be taking place in strange circumstances, with no live crowd and various COVID-19 protocols to adhere to. Whyte vs. Povetkin is a fitting finale to Matchroom’s sequence of outdoor Fight Camp shows, which have been impeccably delivered at their headquarters in Brentwood. In fact, it is the biggest fight since the sport returned from its coronavirus shutdown. Fans will argue that it is not worthy of a pay-per-view platform on Sky Sports Box Office (DAZN televise in the US), but Matchroom and Sky will argue that PPV is the only way that big-name boxers can be matched against one another at the current time, with gate receipts non-existent.

Their standing as heavyweight contenders is not the only thing that Whyte and Povetkin have in common, as they each have been embroiled in controversies surrounding drugs in the past. Povetkin twice tested positive for banned substances in 2016, while Whyte failed tests in 2012 and 2019, though he was later cleared of any wrongdoing on the second occasion.

In their most recent appearances in December last year, the two upcoming adversaries shared a bill on the undercard of the Anthony Joshua-

Andy Ruiz Jnr sequel in Saudi Arabia. Whyte unanimously outpointed veteran Mariusz Wach, yet by his own admission he was not in the best of shape either mentally or physically. He described how for four months previously he had been “walking around like a zombie” while the stressful situation surrounding a UKAD (UK Anti-Doping) charge – which was subsequently withdrawn – had been hanging over his head.

On the same card, Povetkin faced off against the in-form Michael Hunter. The contest ended in a split draw, but the man from Russia looked fortunate to receive a share of the spoils. Despite this, it would be very unwise to write Povetkin off as past it just because of his age, as Hunter is a very capable operator. Nevertheless, after more than 15 years as a professional, on top of an extensive amateur career, mileage and wear and tear has to be a factor when analysing Povetkin.

When evaluating the amateur experience of both men, the difference is stark. Whereas Whyte had just six outings in the unpaid code (the first of which was a victory over Joshua), Povetkin had more than 130. During a stellar stint in the amateurs, the Chekhov fighter garnered gold medals at the 2002 and 2004 European Championships, the 2003 Worlds and the 2004 Olympics. As a pro, his only defeats have come against unified world champions in Wladimir Klitschko (ud 12 – October 2013) and Joshua (rsf 7 – September 2018). The sole reverse on Whyte’s ledger, meanwhile, came at the hands of his old amateur rival Joshua, who stopped him in the seventh round in December 2015.

Since losing to Joshua, the 27-1 (18) Whyte has won 11 out of 11, including triumphs over a host of notable names. The Brixton “Body Snatcher” was victorious against Dereck Chisora (sd 12), Robert Helenius (ud 12) and Lucas Browne (ko 6) in consecutive years from 2016 to 2018. After his eye-catching knockout of Browne, Whyte notched a further two impressive wins that year. Joseph Parker was unanimously outscored before former foe Chisora was blasted out in sensational fashion in round 11. Thirteen months ago, the Jamaica-born Londoner got the better of Oscar Rivas via unanimous decision.

Povetkin’s list of victims is long and distinguished. Prior to suffering his first loss in 2013, he scalped the likes of Chris Byrd (rsf 11), Eddie Chambers (ud 12), Ruslan Chagaev (ud 12), Marco Huck (md 12) and Hasim Rahman (rsf 2). Ahead of his next setback in 2018 he put together a run of eight straight successes, with six of these victories coming inside schedule. Carlos Takam (ko 10), Mike Perez (rsf 1), Johann Duhaupas (ko 6) and David Price (ko 5) were among those who were dispatched early. Sandwiching his defeat to Joshua and his draw with Hunter was a unanimous points win over Hughie Fury one year ago. Like his fights with Price and Joshua, this bout was staged in the UK. So fighting on British soil against Whyte will be nothing new to Povetkin, 35-2-1 (24).

During a period of enforced change in the world, Whyte has opted to make changes of his own. Last month he announced that he had parted ways with his trainer of four years, Mark Tibbs. His new coach is Xavier Miller, who was already a part of his team and has been training him in Portugal in preparation for Povetkin. Boasting advantages in height and reach over Povetkin, Whyte will no doubt have been working on his lengthy jab, as well as his thumping follow-ups from each hand.

Like Whyte, the burly Povetkin unloads powerful punches and is a ruthless finisher. The opposing heavyweights share many attributes, such as soul-sapping body work, a strong inside game and a gutsy and tenacious style. The greatest weapon that they each possess, however, is a destructive left hook. Considering that both of them have been hurt, dropped and stopped before, this matchup could be decided by whoever lands the left hook first.

As heavy-handed as Whyte and Povetkin are, they have each gone the distance in four of their last six contests. With this in mind, the likelihood is that the bout will go the full 12 rounds. Whyte will have to navigate some choppy waters during a competitive battle, but with his motivation fuelled by a burning sense of injustice at having not yet received his long-awaited WBC title shot, expect him to fight his way to a hard-earned decision. Then the waiting game will continue.

Acting as the chief support to Whyte vs. Povetkin is a much-anticipated rematch between two of the best female fighters on the planet. In June last year on the undercard of Joshua-Ruiz I in New York, Katie Taylor and Delfine Persoon set Madison Square Garden alight with an electrifying unification clash that was brimming with energy and emotion. The momentum swung to and fro throughout as the lightning speed and sharp skills of Taylor vied for supremacy against the imposing physicality and rugged aggression of Persoon. It was a punishing war of attrition, with Taylor being cut on her scalp and the bridge of her nose, in addition to being marked up by her right eye. Persoon suffered grazes to her left cheekbone and right eye, plus a horrible swelling over her left eye.

The final 30 seconds of the fight were particularly exhilarating, as an exhausted Taylor had to dig extremely deep to remain upright in the face of an unrelenting onslaught from Persoon. Boxing News had Taylor ahead by one point at the conclusion of the 10 two-minute rounds, but there were many observers who had Persoon in front. In the end, the judges sided with Taylor’s better quality over Persoon’s incessant tenacity, as a majority verdict went Katie’s way by scores of 95-95 and 96-94 twice. Following the announcement of the result, Persoon stormed out of the ring in tears, feeling she had been cruelly denied of a merited victory.

After becoming the undisputed lightweight champion by adding Persoon’s WBC title to her WBA, IBF and WBO straps, Taylor moved up to super-lightweight five months later and dethroned the WBO belt-holder there, Christina Linardatou. A unanimous decision saw the Irish icon crowned a two-weight world ruler. Due to the WBO regulation which states that no fighter can hold more than one of their world titles simultaneously, Taylor was forced to relinquish her 140lb belt soon after claiming it, in order to preserve her recognition as the 135lb champ.

Persoon, who also has a unanimous points win over Linardatou on her record, returned to action nine days after Taylor. She took on Helen Joseph – twice a challenger for IBF featherweight honours – and outpointed her unanimously.

An ex-two-time world titlist at lightweight, the 44-2 (18) Persoon, 35, boasts bags of experience as a professional, including 12 world title contests. Taylor, 34, has packed nine world title bouts into her 15-0 (6) pro career, which came after an incredibly successful spell in the amateurs, where she collected an astonishing array of gold medals – six at the Europeans, five at the Worlds and one at the Olympics, to reference just some.

Big and strong at the weight, the marauding Persoon starts swiftly and applies persistent pressure with solid jabs, fierce hooks and arcing rights. She rarely fights outside of her native Belgium, so competing on foreign ground for only the third time as a pro will be a test.

Able to fire off fast flurries and then sidestep away from danger, Taylor mixes a snapping jab with crisp left hooks and clever movement. The Bray boxer likes to make the opposition miss and then punish them with quick counters, but she allowed herself to be dragged into a dogfight by the uncompromising Persoon, which was not conducive to her strengths. Against Linardatou, Taylor resisted the temptation to go to war, so did this demonstrate that she had learned from her mistakes against Persoon? Or alternatively, was Persoon simply too relentless to evade and shake off? Taylor certainly had to work mightily hard to keep the Roeselare resident at bay.

Having last fought at super-lightweight, dropping back down to lightweight will present a challenge in itself for Taylor, who has been operating at an elite level in women’s boxing for over 15 years, amateur and pro. Once again it will be far from easy, but by employing a more disciplined and considered approach than in the first fight, Taylor can box her way to a repeat points victory and retain her undisputed crown – this time with less debate surrounding the outcome.

The Verdict Two top tussles to round off the Fight Camp series.