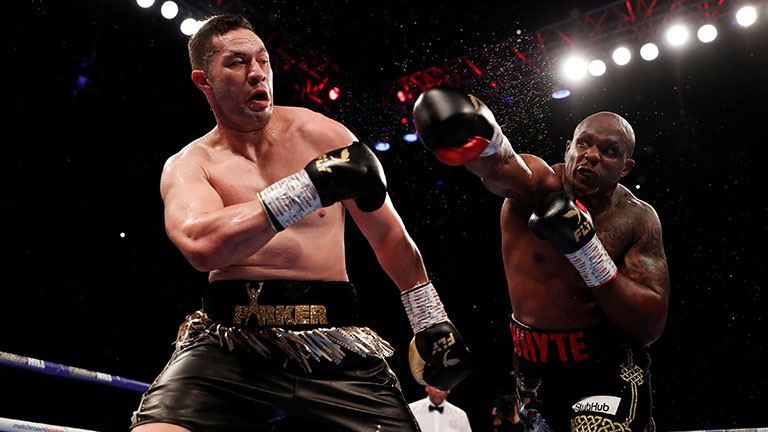 BRITISH heavyweight contender Dillian Whyte has been frustrated by his eternal wait for a shot a WBC heavyweight champion Deontay Wilder.

Whyte has fought his way up the rankings and most recently defeated former world champion Joseph Parker in an exciting rumble. Talks with Wilder’s team though have long since fallen silent. The American has declared that he will fight former heavyweight champion of the world, the comebacking Tyson Fury.

“There is a lot of politics in the game and if you look at it this way, fight Dillian Whyte we lose it, it’s going to be a hell of a difficult fight but fight Tyson Fury he’s not going to hurt you because he can’t punch and he’s rusty as hell at the minute; Wilder has a good chance of knocking him out. It’s a business; Wilder’s thinking, ‘I’ll take the easier day’s work.’”

Whyte is dismissive of Fury. “I’m happy that he’s back; I’m glad that he got himself out of a bad place but you know, Tyson Fury talks a lot of smack but he doesn’t want any smoke, he doesn’t want to fight,” he said of his British rival.

“I can’t see him fighting Wilder but they agreed to a fight and he’ll pull out with an injury because he’s not ready.”

Frank Warren insists that Deontay Wilder vs Tyson Fury is 100% on. Read on HERE