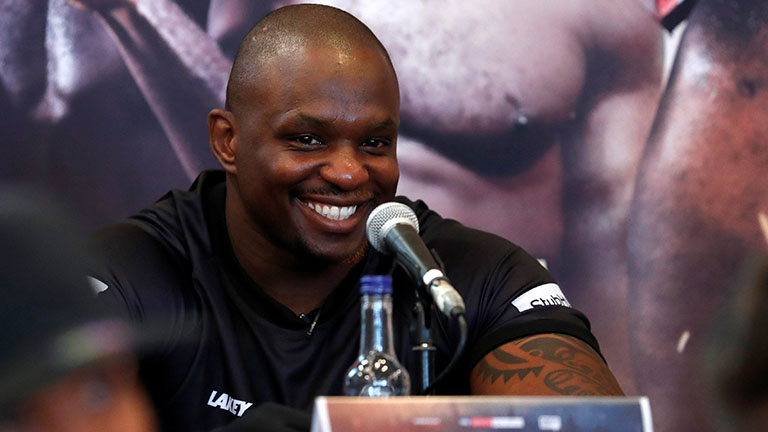 DILLIAN WHYTE will fight Dereck Chisora at the O2 Arena in London on December 22.

It will be a rematch of their thrilling 2016 clash, one of the best fights of that year where each man rocked the other and Whyte won a close points decision. There was bad blood between the two in a fractious build up, notorious for Chisora throwing a table at Whyte pre-fight press conference. They will settle the score in December, headlining a Sky Sports Box Office pay-per-view event.

Chisora’s career appeared to be languishing after subsequently losing a European title in Monaco to Agit Kabayel. But he salvaged his future with a sensational stoppage victory over world title challenger Carlos Takam.

Whyte has gone from strength to strength since winning his first fight with Chisora. He rocketed up the world rankings, with two good wins this year, beating Lucas Browne in style in March and then outpointing Joseph Parker in July. Whyte is now in a lofty position when it comes to pinning down a world title challenge but he risks all that against fellow Londoner Chisora.

“This is going to be the donkey’s final destination,” Whyte insists. “This will be Chisora’s last fight, the donkey’s last ride. I think that he needs to really have a good think about taking this fight because he’s going to be heading home after the fight looking like he’s been run over by a truck. I believe that I’ll knock him out in devastating fashion this time. Last time was my first 12 rounder and I was a little bit inexperienced but this time I’ll know exactly what to do. He’s at the end of the road.”

Chisora declared, “I’m not messing, I’m not playing at boxing. Dillian has spent the last two years avoiding getting back in the ring with me. He knows exactly what it feels like to go toe-to-toe with me. For the next 7 weeks he will have sleepless nights knowing what he has finally signed up to. His last couple of opponents didn’t come for battle, they didn’t even put heat on Dillian, on December 22 I’m coming to burn him up.”

December will be a big month for heavyweight boxing. WBC champion Deontay Wilder will box Tyson Fury in a high profile contest on December 1. But the winner of this Whyte-Chisora rematch will be well placed to challenge Anthony Joshua, the unified heavyweight champion. Joshua is due to defend his IBF, WBA and WBO world titles on April 13. The contenders in the division are jostling for division.