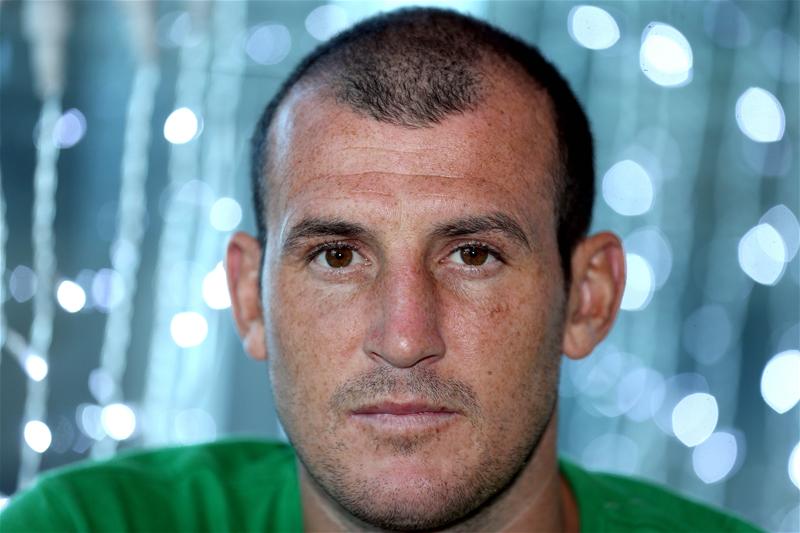 It doesn’t get much more real than this. I’m fighting for a genuine WBA world title [against Richar Abril] in my own city, in my own yard. It’s massive for me, it’s a massive opportunity. I just want to thank Frank Warren and the team for getting the fight and making it happen for me. I’m over the moon, what an opportunity I’ve got in front of my own crowd.

It’s going to be a hell of a fight. Inactivity might play a massive part. I’ve been active. I’ve been round the gyms doing everything right. I’ve done everything in the last couple of fights right. He hasn’t boxed that often. That might play a massive part but he’s got tremendous skills. He’s the man to beat at lightweight. To be the best you’ve got to beat the best so I’m looking forward to a great night.

I hope he does take me a little bit lightly. I hope he does and I’ll shine on the night and get the ‘w’. But even if he doesn’t take me lightly, I know I’m going to bring my A-game. I believe that my A-game will good enough for his A-game on the night.

People are forgetting that I can box. I won an ABA title and I won a Junior Olympic gold medal by boxing and I’ve represented England because I could box. Everyone knows I can fight but I’ve got boxing skills. Now I’m up in the big league I’ve got to start using them.

I’m expecting it to be a big crowd. It’s a great bill to be on. Two world title fights and a European, a British, a WBO International. To be top of that bill with Paul Butler, I’m over the moon.

If the right deal’s on the table with [Anthony] Crolla’s team [they’d fight]. I think Frank will have another plan for me. Steven Ormond or [Terry] Flanagan could win a WBO title so there’s another option there. I’ve got to concentrate beating Abril them I’m the one they’ll all want to fight, I’m the one they’ll all need to fight so I’ll let them make the offer to my management team and my promoter. But one step at a time. Let’s get Richar Abril out the way, then we can see what happens.

I think we should all have been pushed a few years ago, me, Crolla, [Kevin] Mitchell, we know [Ricky] Burns was. We know Kevin’s been pushed there but he failed, he’s still a world class fighter in my eyes. We all are. The likes of Tommy Coyle, Luke Campbell, Terry Flanagan, they’re all going to come through. Exciting times at lightweight. Win the world title and I’m in the driving seat.