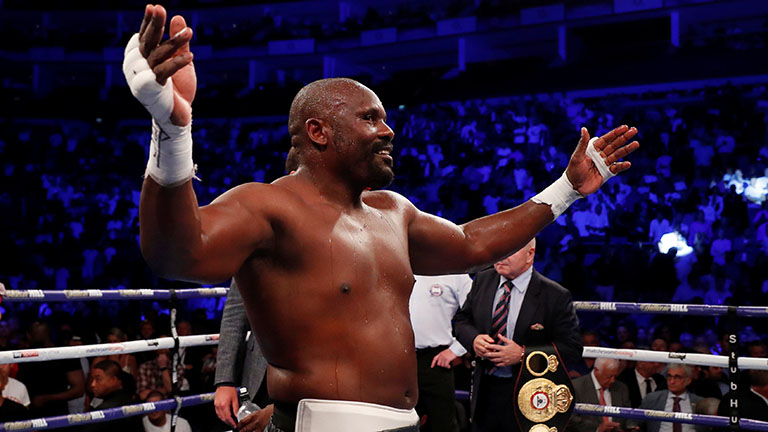 AFTER his stirring victory over former world title challenger Carlos Takam, Dereck Chisora has an array of options for his next fight. But he doesn’t think Joseph Parker is likely to be one of them.

“I’d consider fighting Parker but Parker’s got a lot of things he needs to work on. He’s a fighter but when he chucks his jab, his hands were down. He was not motivated for this fight [against Dillian Whyte], I don’t think. I think when he made money from the AJ fight he kind of forgot about boxing basically. Because things he done in the AJ fight he was not doing in there. He looked in great shape but he didn’t have it. So I think Parker is not going to fight again. I don’t see Parker fighting again. He’s a good man but I don’t think he’ll be fighting again. He don’t want to train any more. He hasn’t got the hunger,” Chisora said.

His promoter Eddie Hearn added, “With the money that Joseph Parker made against Joshua and the money that he made tonight, he could live a wonderful life and it’s going to take some real hunger to want it again, coming back for small purses.

“That’s all about hunger. I don’t know him well enough to comment. There’ll be many fighters that would never fight again… It wouldn’t mean he was a bad person if he never fought again. It would just mean he’s made his money and maybe the desire’s not there.”

Chisora quipped, “It depends if the taxman gets him first. He might come back early.”