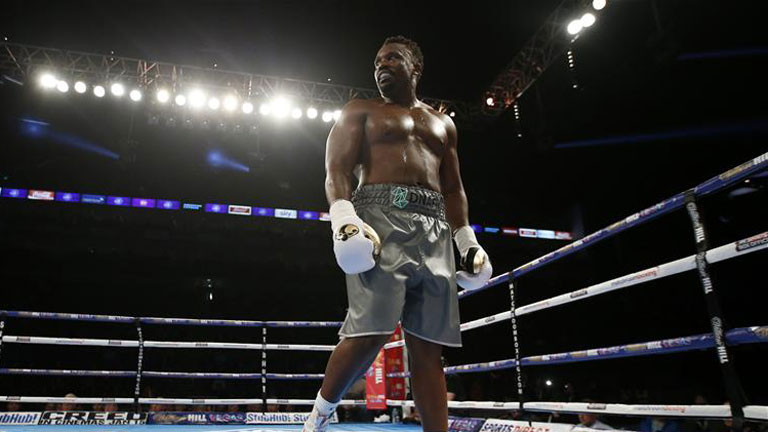 NEWLY crowned IBF heavyweight champion, Charles Martin lamented the knee injury that saw Vyacheslav Glazkov collapse in front of him on Saturday at the Barclays Center in New York. Martin duly won the world title in only three rounds.

“Unfortunately it ended the way it did. But he was a warrior, he was a good fighter and I hope he’s okay and can continue with his career,” Martin said. “I was going to catch up to him eventually. He couldn’t get in and do what he wanted to do because I kept up my distance.”

“I’ve got a lot to show. I just wanted to display what we’ve been working on for so long,” he continued. “But I’ll be back soon.”

He maintains his goal isn’t just to defend his title, but to take on the other champions. “Unify all the belts. I want to fight Tyson Fury, I want to fight Deontay Wilder. I want everything, all the hardware,” he said. “I don’t fear no man.”

At that point Dereck Chisora, the former European champion, interrupted him at the post-fight press conference to offer Martin his informed opinion. “I don’t think you could beat Tyson Fury. I have fought him twice and I have lost twice. The guy’s just too big,” Dereck said.

“You’re the heavyweight champion of the world. I take my hat off to you. Everybody should respect you for winning that title,” Chisora added, before calling out Martin himself.

“I’m down for fighting. I will challenge you any time you want, bro,” Dereck said. Heavyweight fighters will no doubt be eager to take on Martin. Chisora got his challenge in first. “We’re like a bunch of hyenas,” the Londoner reflected, “we’re here to get the scraps.”