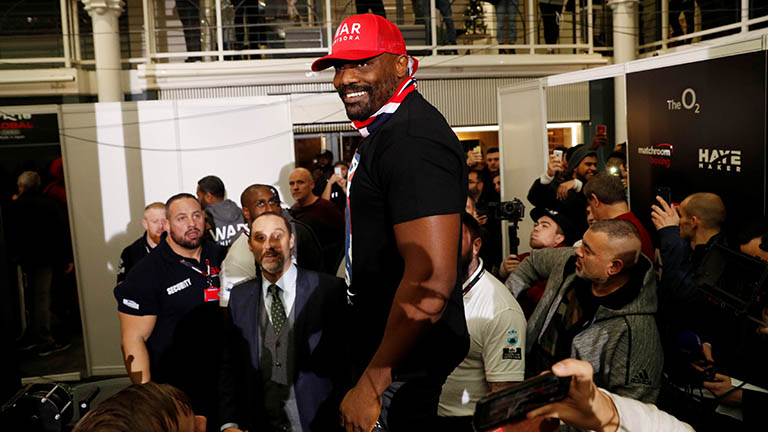 DAVID PRICE has stepped in to face Derek Chisora on October 26 after Joseph Parker was forced to withdraw after contracting an illness he blamed on being bitten by a spider. The heavyweight 12-rounder – chief-support to Josh Taylor versus Regis Prograis – takes place at the O2 in London.

There was disappointment when Parker was forced off the card but show promoters Matchroom moved quickly to bring in an appealing replacement. Price, 36, is on a three-fight win streak and was expected to follow his July victory over Dave Allen with a place on the November 23 card in Liverpool.

But Price now gets the chance to secure a fairy tale world title shot.

“I’m very excited for this fight,” said Price. “Derek is a great competitor and I’m sure he’ll bring the best out of me. I kept in the gym all summer because I had a feeling I had to be ready for a call like this, and ready I am.”

Price has been written off several times. Yet he has rebounded from six losses, all stoppages, to regain some momentum at heavyweight.

Chisora, too, has become something of a cult hero among British boxing fans despite losing nine times in his career. In the last 18 months he has recorded victories over Carlos Takam, Senad Gashi and Artur Szpilka while also losing for the second time to Dillian Whyte. “It didn’t matter who got in the ring with me on October 26 I’m ready for war,” said Chisora. “Parker bitched out, it’s like he thinks he is Peter Parker not Joseph Parker with his Spider-Man excuses. It’s cool, let him do his thing.

“David Price has stepped up and I’m ready for whatever he brings. If he thinks I’m just going to stand there and be a punch bag like Dave Allen he is in for a shock. This is north versus south and in my home town. I write the rules. Get ready to scream timber.”