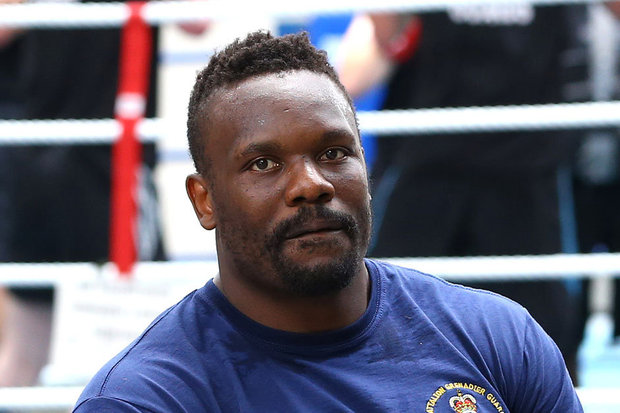 DERECK CHISORA and Dillian Whyte are due to box for the British heavyweight title on Saturday at the Manchester Arena. But Wednesday’s press conference spiralled out of control. There was bad blood festering between the two after they came to blows on a television appearance weeks earlier. There was concern hostilities would boil over today, which proved well founded.

After Whyte had said their grudge would continue after the fight, Chisora was outraged, complaining that his life had been threatened.

Then he stood and launched a table over the heads of promoters Eddie Hearn and Kalle Sauerland and trainer Mark Tibbs at Dillian Whyte. Security had to contain both parties as they tried to brawl in chaotic scenes.

The British Boxing Board of Control had already instructed the two to be kept apart, there was no face off expected for instance, but the Board will surely take an even dimmer view of this altercation.