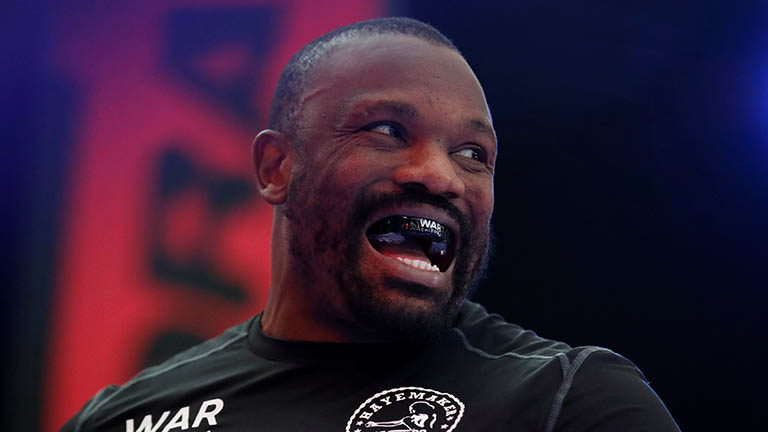 AHEAD of his crucial 12-rounder with fellow British heavyweight veteran David Price at the O2 Arena in London on Saturday October 26, Dereck Chisora has revealed that he intends to spar with Anthony Joshua at the former unified world champion’s Sheffield training base.

At a media lunch held today (Friday October 11) on the banks of the River Thames, Chisora spoke of his plans to share a ring with Joshua, whose rematch with previous conqueror Andy Ruiz Jnr is scheduled for December 7 in Saudi Arabia.

Chisora’s manager – old rival David Haye – believes that if everything goes to plan and his charge does spar Joshua, it will be mutually beneficial for both fighters.

“For their respective fights I think they’re ideal sparring partners for each other,” Haye stated. “If any heavyweight can mimic Andy Ruiz coming forward with relentless pressure, it’s Dereck. And if anyone can mimic David Price’s long-range jab-and-move style, it’s ‘AJ’ – he’s going to need to apply that style to win the rematch against Ruiz.

“Dereck’s in shape. He blasted out 10 rounds yesterday. If he can get six to eight rounds with ‘AJ’, that’d be good preparation – not only for Dereck but for ‘AJ’ as well, because Dereck’s a little bit further ahead in terms of his training and fitness, what with ‘AJ’ not fighting until December. I think it’ll work out well for both of them, if we can get it over the line.”