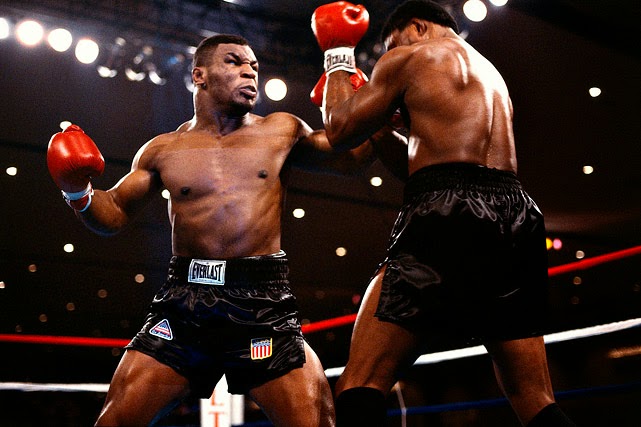 THIS weekend sees the boxing year really get under way with a fascinating heavyweight clash in Las Vegas, when Bermane Stiverne defends his WBC belt against big-hitting but untested Deontay Wilder. It’s the sort of fight where one can make a reasonable case for just about any result – a win for either man, and that win either early or late. It could be a blow-out, or a distance job; a thriller or a desultory maul.

There was a time when heavyweight title bouts tended to end up in Vegas by default, as in the late 1980s and through the 1990s when Mike Tyson followed by Riddick Bowe and Evander Holyfield held sway. But in recent years the domination of the Klitschko brothers has seen most major fights in the division happen in Europe.

Stiverne against Wilder – admittedly only for the WBC belt, with Wladimir Klitschko holding the other titles – reverses that trend, and it will be interesting to see what sort of crowd turns out at the MGM Grand this weekend. Wilder, a puncher with a colourful personality, will give the sport a boost if he wins, because a genuine American heavyweight contender is always welcome.

He will be following in some impressive footsteps if he does triumph. It was in Sin City that a 20-year-old Tyson became champion for the first time, when he ripped the WBC belt from Trevor Berbick in two rounds in November 1986. I was lucky enough to be at that coronation, on my first US trip for Boxing News (READ THE REPORT HERE), and when I was back in Vegas last month for the Bradley-Chaves card I wondered along to the Las Vegas Hilton to see if it jogged any memories.

The hotel is one of the oldest in Vegas – although old is a relative term in a city where new buildings go up all the time – and is not wearing well. Elvis Presley memorabilia in the lobby reminds visitors of a time when this hotel was the place to be back in the 1970s, while the building in which Tyson-Berbick took place looks rundown if not actually decommissioned.

Perhaps one day the Las Vegas Hilton will rise again, just as American heavyweights may one day dominate the sport’s glamour division as they did until the recent arrival of well-schooled and hungry Eastern Europeans.

I can still remember the thrill that went through the crowd that night in 1986 when a young, fast, mobile Tyson tore into Berbick and clubbed him down in less than two rounds. We all knew we had witnessed something very special, although few could have predicted the sort of up-and-down life Mike would go on to experience.

Wilder is already 29, so even if he becomes champion he may not reign for very long. But if Deontay can win the way Iron Mike won nearly three decades ago, he can prove that the American heavyweight is not yet an extinct species.