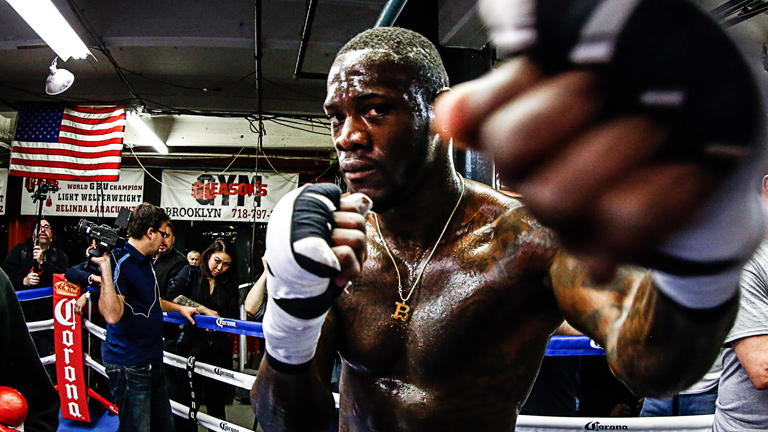 WBC world heavyweight champion Deontay Wilder insists he is willing to travel anywhere in the world to unify the division.

The unbeaten American will venture to Moscow, Russia to defend against mandatory challenger Alexander Povetkin on May 21.

With the IBF belt held by Anthony Joshua and the WBO and WBA baubles by Tyson Fury, Wilder could be looking at a trip to the UK should he get past Povetkin but he remains typically bullish about that prospect.

“When I have a title that says the heavyweight champion of the world, I want to travel all over the world to defend my title. I’m living my dream, I’m getting an opportunity to do that with this fight,” he said.

On paper, Povetkin will provide Wilder with his toughest test to date. The Olympic gold medallist is one of the top heavyweights in the world and has only lost to Wladimir Klitschko, who dominated him over 12 rounds in 2013.

Wilder, who must fight Povetkin in Russia after Alexander’s promoter won the purse bids for the contest, remains motivated by the impending trip.

“My expectation is, of course, to win. To come back with that victory for America. This is a big fight, not just for myself, for America. It’s like Russia vs. America,” he said.

“I predict the fight as being a punishment in the first round and then knocking him out. All heavyweights want to knock somebody out. This is the cream of the crop division. The heavyweights. The hard-hitters. The heavy hitters, as they say. When we step in that ring, nothing is acceptable but a knockout. And I’m looking to knock him out.”

Since winning the title from Bermane Stiverne in January 2015, Wilder has failed to impress against limited opposition like Eric Molina and Johann Duhaupas.

The 30-year-old admits he is still a work in progress but insists the best is yet to come.

“I haven’t even reached my peak yet and I’m still learning on the way up,” he said.

“I want to always learn. Each and every fight brings experience to me. It brings something that I’ve taken away from that fight and that I’ve added to the next fight. Looking forward to being very crisp and very good in this fight and showing people a little bit more of what Deontay Wilder is capable of.”