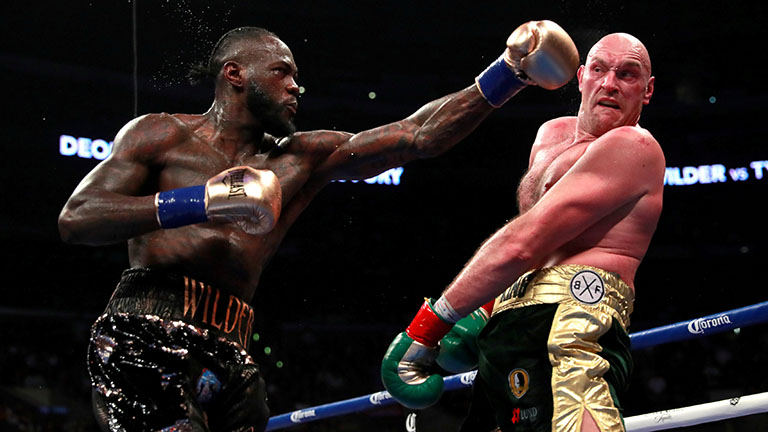 Date and venue set for Deontay Wilder vs Tyson Fury

THE date is set. Tyson Fury has announced that his rematch with Deontay Wilder will take place in Las Vegas on February 22.

And the duo will lock horns again at the MGM Grand Garden Arena next year.

Fury said, “There’s no more ducking and diving. The date has been set, and the ‘Bomb Squad’ is about to be securely detonated and the real champion crowned as the world watches on for the most anticipated fight in years.

“This is unfinished business for me, but come February 22, this dosser will finally get what’s coming to him, and I can’t wait!”

Wilder added, “I’m happy and I’m excited that the rematch is finally happening. I want to give the fans what they want to see. I’ve been doing it with my last three outings – Fury, Breazeale and Ortiz.

“They’ve been spectacular events – from my ring walks where I gather all the energy of the people, to my uniforms that I wear to help spread that energy. Then I give them what they all come for – the knockouts, and my knockouts have been amazing.

“I proved myself the first time and I’m ready to do it again. It was a very controversial fight. I promise my fans that there won’t be any controversy with this one. I’m going to finish it.”

The fight will also have America’s two network giants joining forces to broadcast it across the US. The event will be screened jointly on FOX Sports pay-per-view and ESPN+ pay-per-view.

It seems like the biggest fight of 2020 has already been set.