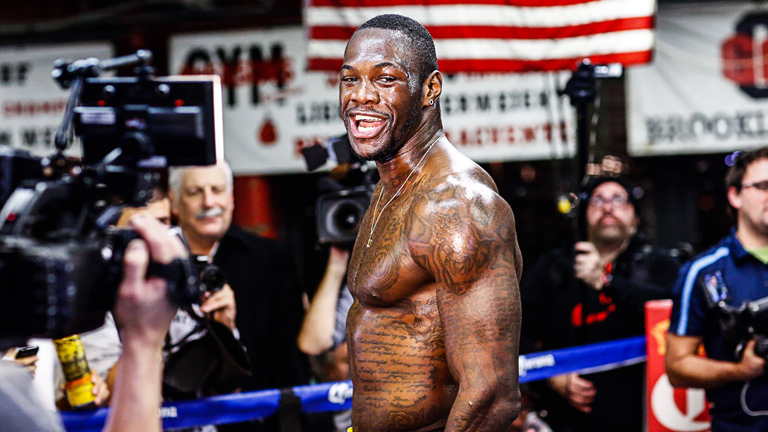 Deontay Wilder must travel to Russia to defend his world title

DEONTAY WILDER will travel to Russia to defend his WBC world heavyweight title against Alexander Povetkin on May 21.

Povetkin’s promoter, Andrey Ryabinsky, won the purse bids to stage the mandated contest with a $7.15m bid. The fight will take place at the Megasport Arena in Moscow.

It will mark the second time Wilder has fought outside of the Americas as a professional, after he wiped out Audley Harrison in Sheffield, England in 2013.

The venue last hosted a boxing event when Denis Lebedev outpointed James Toney in 2011. Lebedev will also feature on this bill, putting his WBA cruiserweight title on the line against IBF champion Victor Ramirez in a unification bout.

US broadcasters SHOWTIME included the Wilder vs Povetkin fight as a part of their schedule and BoxNation yesterday confirmed they will air the fight in the UK.

Povetkin  has been Wilder’s mandatory for some time, but the unbeaten American was granted a couple of voluntary defences before facing the Olympic gold medallist. In January, Wilder knocked Artur Szpilka out nine rounds.