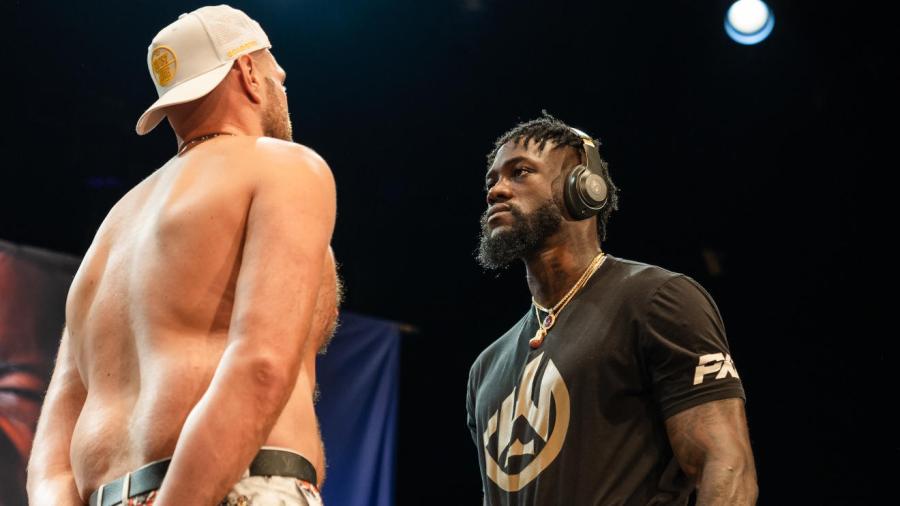 'The old Deontay Wilder is no longer there. I can’t explain it to you, I have to show you,' Wilder insists he's reinvented himself ahead of his third fight with Tyson Fury

DEONTAY WILDER insists he is a changed man. He suffered a heavy loss in his second fight with Tyson Fury in February of last year. As well as forcing his contracted third Fury fight, now rescheduled for October 9, to take place, he has made significant changes to his team. Trainer Mark Breland, who was praised by everyone except Wilder for throwing in the towel against Fury, has been sacked and sparring partner Malik Scott elevated to main trainer.

The last time Wilder appeared before the media he barely engaged. But with this third fight delayed yet again, the demeanour of the American heavyweight, speaking to the press on Wednesday, was almost wholly different.

“I feel amazing. It’s past good or great. This time that has passed has been great for me. With the more time that’s passed, the more that we’ve been able to work on different little things and perfect them. You can’t always be perfect, but that doesn’t mean you can’t train to be perfect,” he said. “Malik Scott is a wonderful person and trainer. We met years ago sparring with Tomasz Adamek. We clicked right away and we’ve formed a real bond and brotherhood. I have so much love around me in this camp, that I’m not dwelling on anything negative.

“We’re having fun while learning and creating things together during training camp. That’s just the passion that we have to become two-time heavyweight champion of the world. [Fury and Wilder will fight for the WBC belt at T-Mobile Arena in Las Vegas.]”

“I’m super focused. I’m more focused now than I’ve even been in my entire career. This is the second phase of my career. I had fun winning and defending the title for five years. At this point, we’re just serious about everything. I’m in a happy place and I’m glad that I’m here,” he continued. “They say that things happen for a reason and that we don’t understand that reason until we get to a certain place in life, then we understand it. My whole team understands everything that has happened and we’re looking forward.”

This third fight has been put back repeatedly. The July date, after both teams had gone through an arbitration to make it happen, was scrapped after Fury tested positive for Covid. But Wilder insists the changes haven’t unsettled him. “The delay was actually a blessing for me. The more they delayed it, the more time we had to work on my craft and art, along with strategically going over the game plan we’re going to have on October 9. It was obviously frustrating, because I was ready to go, and this is the longest I’ve been out of the ring. There’s something about the ring that calls you and draws you back. But I’ve used the time and benefited tremendously,” he said. “This has hands down been the best training camp I’ve had in my entire career. Sometimes you need events to happen in life to bring about changes that you need. We’ve had no distractions and I’m just in a happy state mentally, physically, emotionally and spiritually.

“You’re looking at a rejuvenated and reinvented Deontay Wilder. The old Deontay is no longer there. I can’t explain it to you, I have to show you on October 9. I’m looking forward to it and I can’t wait.”