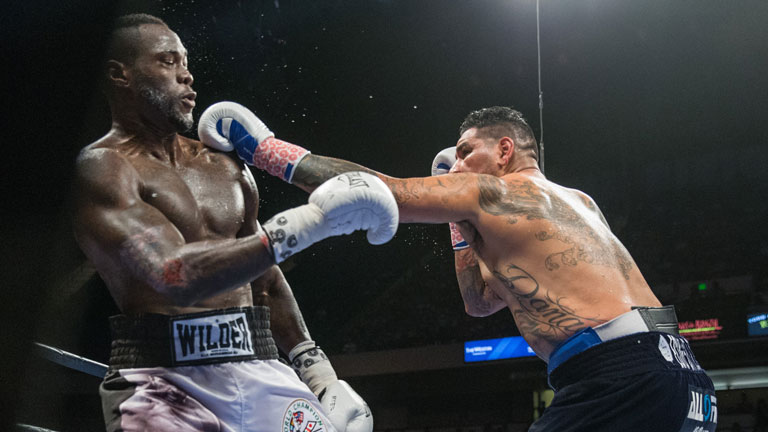 DEONTAY WILDER has provided a brief update on the injuries he sustained during his recent win over Chris Arreola.

The WBC heavyweight champion tore his bicep and broke his right hand during the contest, in which Arreola did not appear for the ninth round.

Wilder has since had an operation on his hand and took to social media to keep his fans in the loop.

“As you know, I broke my hand and injured my hand real bad to the point where I bent the pins in my hand to a V-shape,” he said.

“I dislocated a couple of fingers, too. That’s how hard I hit – to bend pins in your hands. My hand is very swollen right now and the pins are sticking out of my flesh a little bit but it’ll be alright where I dislocated it.

“When I flex my bicep, you can see when I flex my arm that it’s going in because my muscle is torn but I’m in good spirits and I’ll be back soon. Stay tuned.”

After a torn muscle, two dislocated fingers and bending the pin in my hand into a “V” shape in the 3&4 round I still fought thru the horrible pain. I’m the toughest Champ I know straight up but I appreciate all the prayers that’s been sent up thanks so much and love you guys✊

The pins in his hand came from previous operations the unbeaten American has had, following injuries he suffered earlier in his career.