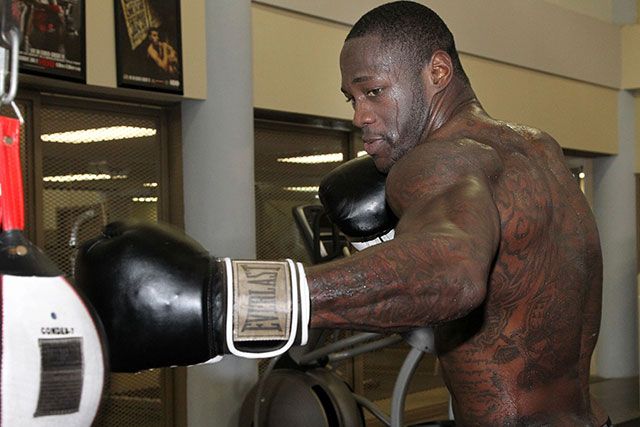 But Alexander Povetkin looms after that, writes James Slater

AL.com has reported how an official press conference will take place this Thursday to formally announce the fight. Duhaupas, 32-2(20) is the frontrunner to be announced as Wilder’s second WBC title challenger, however. The 34-year-old Frenchman, who is coming off a points win over Manuel Charr, has posted on his FaceBook page how he is going to challenge Wilder.

Some fans may be disappointed at Wilder facing a fighter they may well not have hear of. The defence, like Wilder’s maiden defence against another huge underdog in Eric Molina, is a voluntary. In his next fight after the September bout, Wilder must fight WBC mandatory challenger Alexander Povetkin. That fight, everyone agrees, will be the biggest test for the former Olympian since his WBC title win over Bermane Stiverne this January.

Wilder Vs. Duhaupas will be televised live in America on NBC’s Premier Boxing Championship series.