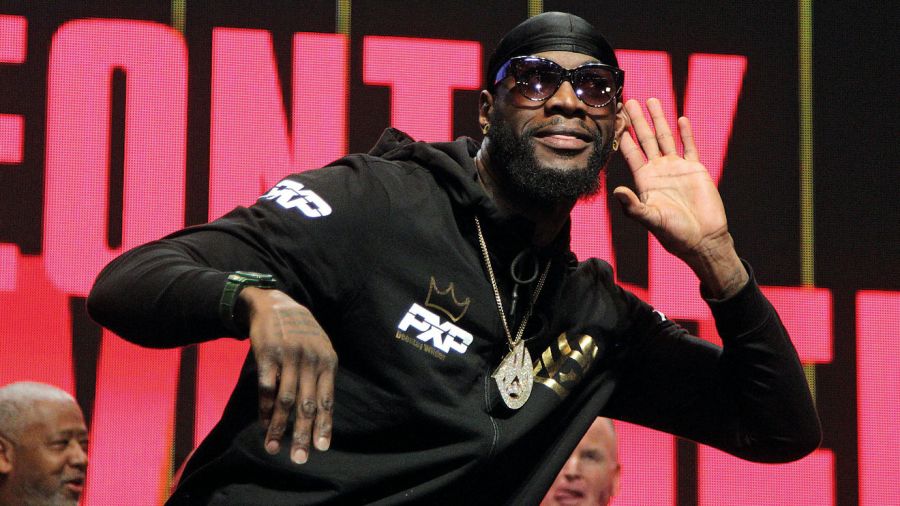 JUST when it looked like the negotiations for Anthony Joshua vs Tyson Fury were drawing ever closer to the heavyweight super-fight being signed, sealed and delivered a new problem has emerged. Deontay Wilder is back in the picture.

Last year Fury hammered Wilder to win the WBC heavyweight championship. On Sunday Fury declared, along with the date and the location – August 14 in Saudi Arabia, that he was eager to fight Anthony Joshua, the unified WBA, WBO and IBF titlist. But on Monday, as first reported by Chris McKenna in the Daily Star, a US judge ruled that Fury must box Wilder a third time.

Fury had been contracted to a third bout with the American but Fury’s team believed that stipulation had expired. That brought them into arbitration with Wilder and now  a conclusion that Fury and Wilder must box each other by September 15 of this year.

That is a major problem for making Joshua-Fury, especially as it is meant to be the first of a two-fight deal.

Fury would have to strike a deal for Wilder to step aside. Frank Warren, Fury’s promoter, told the BBC: “It’ll cost quite a bit of money. He will want as much as possible so I think it’ll be about the negotiation if we go down that road.

“But we are working hard to get that over the line. We were talking last night and hopefully we can do that. If not then Tyson, if he wishes, will go to the fight with Wilder. They’re the only two options.”

Joshua-Fury, once again, is not quite on yet.