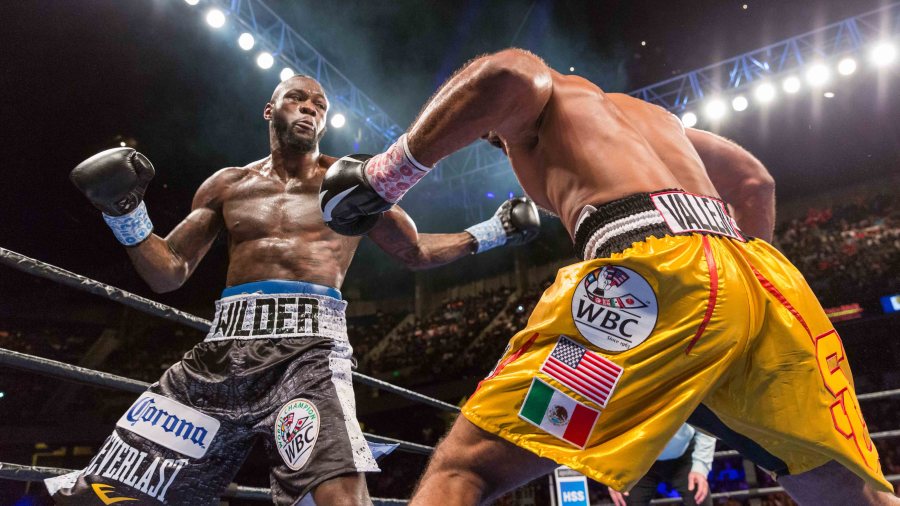 WBC heavyweight champion, Deontay Wilder gave his take on the Anthony Joshua vs Wladimir Klitschko WBA and IBF heavyweight unification clash and his own place in the heavyweight division.

“With Joshua he got the height, he got the power and in the heavyweight division you don’t need skills. In the heavyweight division you can eliminate skills from anybody, even including myself, I don’t need skills. I have power. You’re in the game once you’ve got that power, that equaliser that no matter what at any given time [you can use],” Wilder said.

He continued, “Maybe people don’t have it to the extent that I have it because I can get you out of there at any time but Joshua has a little power and they’re going to play towards him. If Joshua’s going to be successful he’s going to move and take angles and be smart with Klitschko. Because Klitschko very smart, he’s been around the block. He’s trying to set you up.

“[Joshua] definitely has a great chance in this fight and hopefully everything comes through and we have a mega-fight at the end of the year.”

Wilder picks a winner in this article HERE