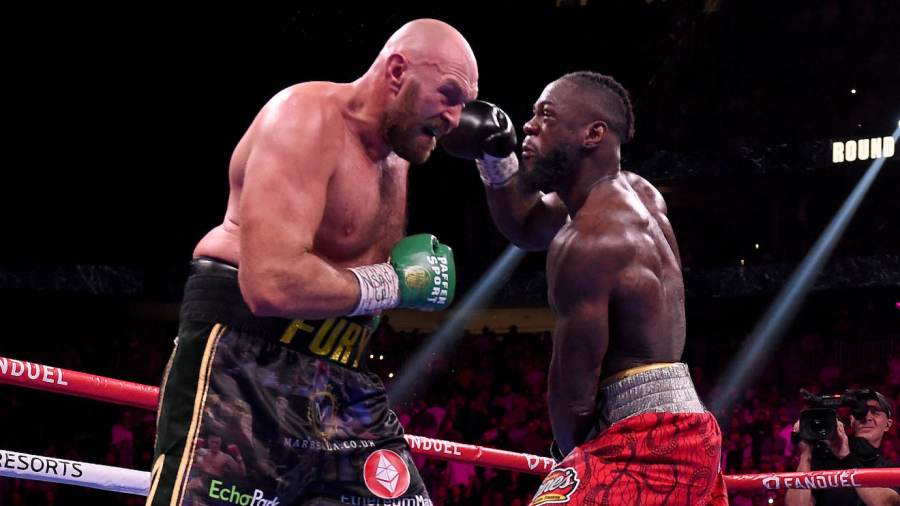 Deontay Wilder breaks his silence after Tyson Fury defeat. The signs are he has every intention of fighting on next year, writes John Dennen

DEONTAY WILDER finally issued a statement after his defeat in an epic war with Tyson Fury last weekend.

Last Saturday (October 9) Wilder had promptly left the ring as Fury was announced the victor at the T-Mobile Arena in Las Vegas. He hadn’t congratulated Fury in person and only made a brief grudging comment to the media on exiting the arena. But he had been subjected to a punishing loss, knocked out in the 11th round. He had to be taken for a medical evaluation afterwards. It’s certainly forgivable that he wasn’t ready to talk too much publicly at that moment.

But it seems Wilder has now had time to assess what the two men delivered in the ring. “Wow, what a hell of a night! I would like to first and foremost thank God for allowing me to give the world another part of me that’s driven with passion and determination. I would like to thank my team and my fans for sticking by my side through this long process,” he stated.

“I would be lying if I said that I wasn’t disappointed in the outcome but after reflecting on my journey, I now see that what God wanted me to experience is far greater than what I expected to happen. We didn’t get the win but a wise man once said the victories are within the lessons. I’ve learned that sometimes you have to lose to win. Although, I wanted the win I enjoyed seeing the fans win even more. Hopefully, I proved that I am a true warrior and a true king in this sport.

“Hopefully, we proved that no matter how hard you get hit with trials and tribulations, you can always pick yourself up to live and fight again for what you believe in. Last, but not least I would like to congratulate Tyson Fury for his victory and thank you for the great historical memories that will last forever.”

The signs are that Deontay Wilder has every intention of returning to action next year.

Read the Boxing News account of their epic fight here.