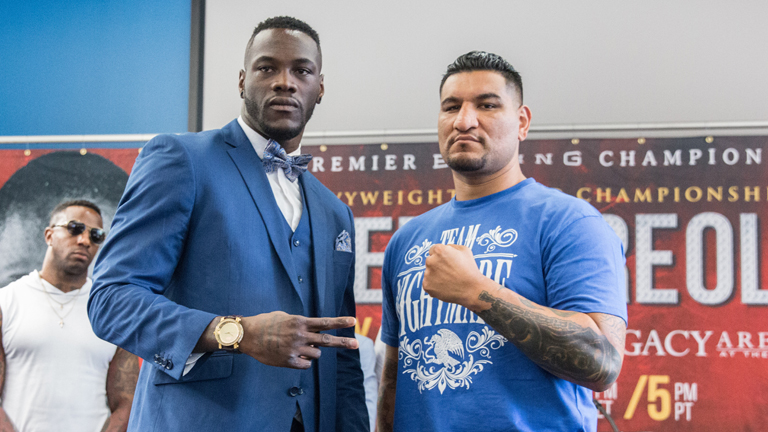 Deontay Wilder fight time and where to watch it

The WBC heavyweight champion Deontay Wilder boxes in his home state, Alabama, at the Legacy Arena in Birmingham on Saturday (July 16). A defence against Alexander Povetkin in Russia fell through after Povetkin failed a drug test and Wilder’s team had hastily rearrange a fight, heading home and drafting in Chris Arreola at short notice.

The fight will be screened live on Fox in the US, 8pm ET, 5pm PT. In the UK Sky Sports 3 will broadcast the show after the Arthur Abraham bill in Germany, at around 1 am on Sunday morning.

Sammy Vazquez Jr and Felix Diaz are matched in an intriguing fight, plus Vic Darchinyan, hot prospect Erickson Lubin, Jamal James and many more get outings on the bill.