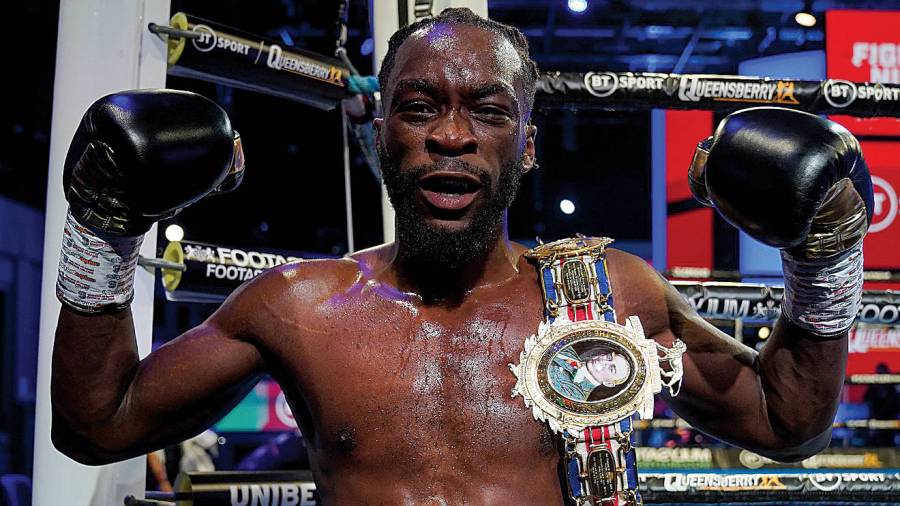 Denzel Bentley tells Matt Christie about that infamous sparring session with this weekend’s opponent, Felix Cash, and the mood at the Peacock Gym since Daniel Dubois departed

For you it’s been a long journey to get here but to some fans your rise has been quick. Did something change behind the scenes?

Dedication to the sport. I stayed in the gym all the time. Apart from Christmas and the odd holiday, I have been in the gym. When I’m in the UK I’m always training and even when I’m away from home I take my kit with me. I’m always trying to learn and pick up new things. I study the game, I watch boxing all the time. I watch the old fights and the old fighters. I look at things they’ve done, see what I can pick up from them, see if I can read their minds. I love fighters like Pernell Whitaker, all of the Fabulous Four though Sugar Ray Leonard was my favourite. Active fighters now I like are Canelo [Alvarez] and [Terence] Crawford.

It was a difficult year last year for many people but your reaction when you won the British title was a beautiful moment. Have you got used to being called the British champion yet?

[Laughs]. Wow, it still feels good. I’m happy to be in the position I’m in. The title has opened a lot of doors for me. Now I’m fighting for the Commonwealth title, I’m being pushed by Frank Warren and BT Sport. Everything that I’ve always dreamed of is coming to light. You’re right, it was a bad year for everyone but, in a weird way, I’ve got to thank the pandemic. Without it, I may not have got the opportunities that I got last year. Without this situation I might still have been in the process of building towards where I am now, I might not have fought on TV yet. But because of the pandemic, I was thrown in at the deep end and I was able to swim. I’m very happy.

What has the mood in the gym been like recently?

It’s been buzzing. Everyone is excelling. Louie Lynn won a title the other week, Chris Bourke has got two titles and I’m on my way to getting two titles. We’re all on a high.

Was Daniel Dubois losing and then leaving the gym a blow to you?

Not personally. But it was a blow to the team. He just left. None of us saw him after the fight either. But it’s one of those things. It’s life and, as Martin [Bowers] was saying to us, he’s writing his own story. We were a part of that story at one point but we were not destined to always be a part of that story. We have to get on with our own lives and reach our own goals.

Let’s talk about that infamous sparring session with Felix Cash from three years ago. Is it fair to say that you thought he was taking liberties with you at that point?

Yeah, I thought he was at the time but I don’t know what his mindset was back then. Maybe he was thinking, ‘I might fight him soon, let’s put it on him.’ He might have matured now, he probably doesn’t do things like that now.

At the time I just thought, ‘What’s he doing?’ He was taking liberties; he was hitting low, hitting me on the back of the head, all these nasty things, rubbing his head in my face. I’m not that sort of fighter so I never really thought to do it back. But it did get out of hand and you could say we both lost our temper. I locked his head under my arm and then he picked me up. We ended up on the floor, rolling, tossing and turning.

How will you feel when you see him at the weigh-in? Is there a danger of it boiling over again?

No, I’ve seen him a few times since. I’ve been down the Matchroom Gym to spar and I’ve seen him and it hasn’t really been an issue. But at the back of my mind, since that day, I’ve always wanted to fight him so I’m glad I now have this opportunity.

What concerns you the most about Felix Cash?

Nothing. He’s a good boxer, he was part of Team GB as an amateur, he knows how to box. I didn’t get in the GB set-up so he must be a good fighter. But I’m not concerned about anything he does.

What is your best asset?

Everything! I do everything well. I feel like I’ve got good feet, movement and I have a good jab. As my record shows, I hit quite hard as well. Yeah, I’m good. I’m alright.

In your mind how have you been envisioning the end of this fight?

I have been envisioning it. It all depends on his approach. I think I have the ability to stop him. If the opportunity presents itself I will step on the gas and get him out of there. But if not, I’m comfortable doing the rounds, I’ve trained to do the rounds. I’ve not got that concern I used to have – in my first and second fights – about doing rounds. I’m confident that however it goes, I am winning. Now I’m at the point of training where I’m visualising how the fight will go. Practising little things with shadow boxing that we have been working on in sparring.

So, if you win, do you want to win the Lonsdale Belt outright or will you set your sights higher?

I have options. We don’t know what’s happening in the world, let alone the boxing world. I will do what’s right for me and what will move me in the right direction. I don’t want to be in a position where I don’t feel like I’m moving forward. Right now, I have good momentum and to the outside world it seems like I’ve had a rapid rise. If defending the British title three times to win the belt outright is going to help that rapid rise, I’ll do that. It’s all down to my team – if they think I’m moving too fast, they’ll slow me down. If it was just up to me, I’d be fighting for a world title next.