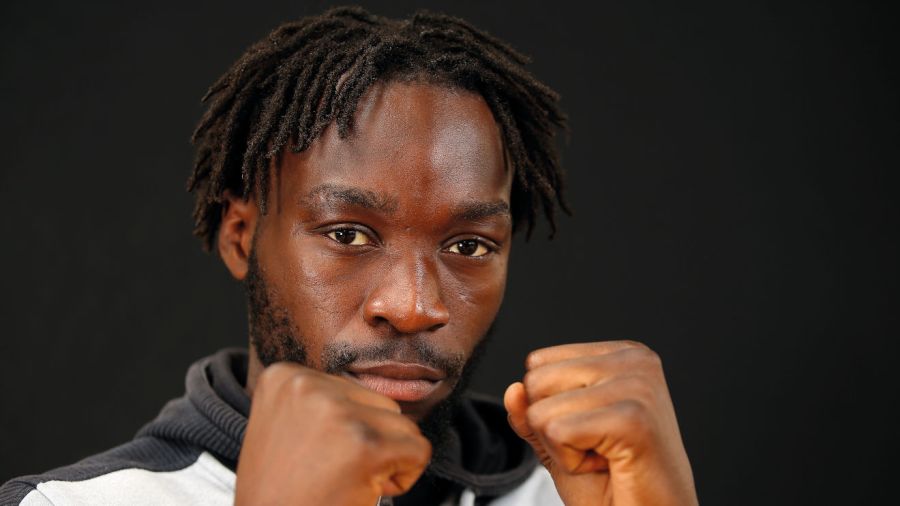 When and why you started boxing:
I started boxing, officially, at the age of 17 but it all started a few years before that. My brother bought some boxing gloves from the market and we scrapped together on the streets. Then while I was at college, I got really interested in the sport.

Favourite all-time fighter:
Andre Ward. I would watch him all the time when I started out.

Best fight you’ve seen:
Floyd Mayweather-Arturo Gatti, I love that fight. I must have seen it a thousand times. Mayweather was so sharp and impressive that night.

Personal career highlight:
Winning the British middleweight title last year. It felt good, my first major title, but it would have been even better with a crowd.

Toughest opponent:
I’m gonna have to go with Felix Cash because he beat me, but I wouldn’t say it was a ‘hard’ fight. The first Mark Heffron fight is up there, too.

Best and worst attributes as a boxer:
Best is probably my right hand. My worst? Nothing, I have a really high opinion of myself. I’m joking! There’s certainly a few things I can work on.

Training tip:
Always give 100 per cent, regardless.

Other sportsperson you would like to be:
If I could be in any person in the world, I’d still choose to be myself.

Who would play you in a film of your life:
Denzel Washington.

Have you ever been starstruck:
Only once, when I met Andre Ward when he came to the Peacock for a publicity day. He wouldn’t have known, though. I held it down.

Last time you cried:
When my grandma passed away in 2019.

Best advice received:
I was once told that, you either rest now and work later, or you work now and rest later. I love that. Whatever happens, you’re going to have to put the hard work in at some point. Which is exactly what I’m doing now.

Worst rumour about yourself:
That I look like Deontay Wilder [laughs].

Something not many people know about you:
I’m pretty open. What you see with me is what you get so there’s no secrets or things people don’t know.